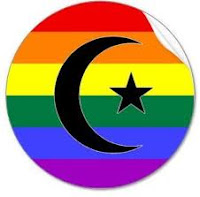 Most (if not all) gays will say that same-sex "marriage" will do no harm. BULL***T!

Anyone who does not support homosexuality will be attacked.

Same-sex "marriage" will provoke God and end the religious freedom that the United States of America was founded for.

"Todd Wathen and his [homosexual] partner hired attorney Betty Tsamis, who claims that “it is unlawful for a business open to the public to deny goods and/or services to someone on the basis of sexual orientation.” Since neither owner rents his facility out for either homosexual or heterosexual civil union ceremonies, one wonders how they can be accused of discriminating against homosexuals."

"One of the bed and breakfasts, Timber Creek in Paxton, Illinois, is owned by Jim Walder, a Christian father of five children who has been deluged with vicious, hateful emails and phone calls. This comes as no surprise to those of us who spend much of our time exposing and opposing the homosexuality-normalizing juggernaut, but it’s been an emotionally devastating experience for the Walders who did not ask for this battle. [Editor's note: since Higgins' article was published and the case got national attention, Walder has not received hundeds of encouraging notes -- far outnumbering the homosexual hate mail..."

Story here.
Posted by Mantronikk at 6:00 AM