The truth about marriage. 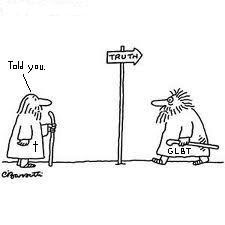 Today, a Dr. Frank Turek has done my job for me.

“...George Orwell said, “In a time of universal deceit, telling the truth is a revolutionary act.” When you tell the truth about homosexuality today, you can be sure that the central tools of deceit—name-calling and bullying—will be unleashed.

I said, “The definition of bigotry is not ‘fear and intolerance.’ It’s making a judgment without knowing the facts. I have written a book about the problems with same-sex marriage and the destructive medical consequences of homosexual behavior. So my convictions on those issues are based in fact not ‘bigotry.’ With all due respect, if anyone is engaged in bigotry it is you for judging my position as wrong without even knowing why I hold it.”

Everyone puts limits on marriage—if marriage had no definition it wouldn’t be anything. Recognizing that marriage is between a man and a woman is not bigotry, but common sense rooted in the biological facts of nature.

The “born that way” argument doesn’t work either. Not only is the evidence for being “born that way” non-existent, even if it were true, it should have no impact on our marriage laws.
First, after many years of intense research, a genetic component to homosexual desires has not been discovered. ...”

More info here.
Posted by Mantronikk at 9:45 AM