This long video really gets interesting at 0:07:45.  More info here and here.

Posted by Mantronikk at 10:29 AM No comments: 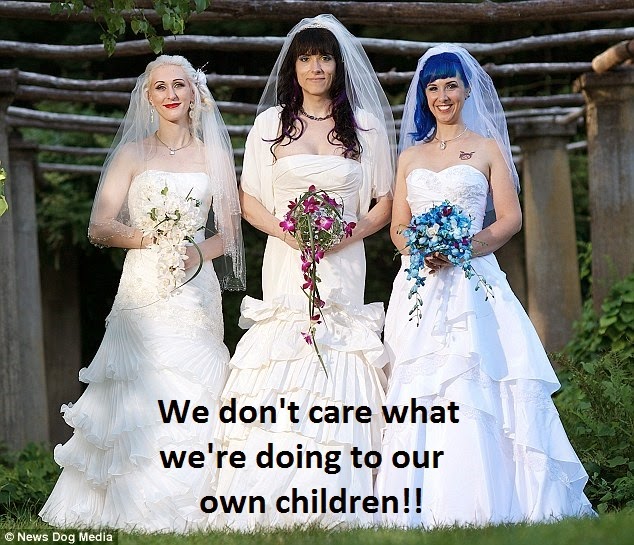 More than my desire to protect my religious freedom, (something that even some gays are trying to protect) I marvel at the lack of concern that members of the glbt community have for their own children.  I've actually been mocked by homofascists when I mention a child's right to a mother and a father.  Amazing.

My reasons for embracing heteroseparatism grow almost every day, but this story, can be compared to a growth spurt!  Now, all of the members of the glbt community that think that marriage should be between two people, are obsolete and intolerant.  HA!  HA!!

My supporting info is here.

Posted by Mantronikk at 1:02 PM No comments: 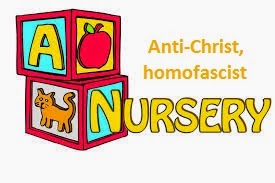 Why then should a Christian be fired for believing God’s definition of marriage and refusing to read a book that normalizes homosexuality to children?

“… Sarah Mbuyi, who worked at Newpark Childcare in Highbury, North London, is claiming unfair dismissal on grounds of religious discrimination.

…Ms Mbuyi, a Belgian national, is being represented by The Christian Legal Centre, which is calling for Prime Minister David Cameron to intervene over her dismissal, following his recent public assertion that Britain is a “Christian country”.

…Ms Mbuyi claims that in January 2014 her colleague at Newpark Childcare in Highbury, London, started a conversation about Christmas and went on to ask a number of other questions relating to the Christian faith. In this context, Miss Mbuyi’s colleague raised the issue of what the Bible teaches on homosexuality. The colleague felt unhappy that she could not marry her female partner because of the church, and said that she thought God condoned homosexuality.
Miss Mbuyi said: “When I said no God does not condone the practice of homosexuality, but does love you and says you should come to Him as you are, she became emotional and went off to report me to my manager.”

At an internal disciplinary hearing, Ms Mbuyi was confronted with her colleague’s allegations and was asked if she would read a story to the children at the nursery which featured same sex couples. Ms Mbuyi said she would have to refuse to do this.

Miss Mbuyi said: “Time and again my colleague initiated conversations to probe me about my faith, especially about homosexuality. I never ever condemned her, or accused her, but when she asked me directly what I believed, I was open about sharing the Bible’s teaching that homosexual sex (not the people) is wrong. It’s clear that this offended her and she was determined to get me sacked, simply because I expressed traditional Christian beliefs.”

…There is a culture of fear which closes down freedom of speech and the manifestation of faith. This culture brands the liberating good news of the Gospel as oppressive and regressive.

…History shows that Christianity is greater than any political agenda.”

… “The Prime Minister has huge influence. If he is serious in his support for Christianity, he will intervene in Sarah’s case and ensure that those who believe in marriage, as defined in the bible, between one man and one woman, will not lose their jobs but be wholly and properly protected by the law.” …”

Original info here.
Posted by Mantronikk at 9:21 AM No comments: 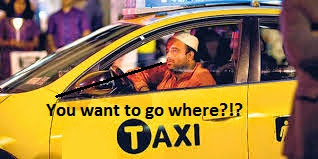 I was wondering when the glbt community was going to become emboldened enough to take on Islam after their wildly successful campaign against those who acknowledge the truth about the definition of marriage that comes from Jesus Christ.  And, lo and behold, some Muslim taxi drivers are refusing to drive taxis that advertise something known as the Gay Games.

What a hoot!!  Wait until the glbt community comes face-to-face with fundamentalist Muslims!  Will homosexuals even survive an encounter with Muslims who will sometimes kill their own daughters for refusing to live by Sharia law?  HA HA!!  Will the HRC or any homosexual organization speak out against these taxi drivers?  I think not!  The glbt community will never speak out in outrage about this story.
Posted by Mantronikk at 4:10 AM No comments: 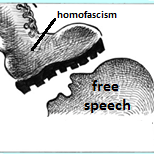 Posted by Mantronikk at 1:15 PM No comments: 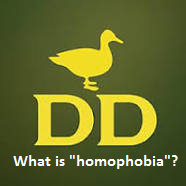 Apparently, a Duck Dynasty look-alike contest was cancelled by the complaint of ONE homofascist.  ONE complaint!!  Is that not homophobia?

I really thought that Duck Dynasty's time in the spotlight was long over but, ironically, a homofascist brings them back into the news.  I want to personally thank Danielle Casavant for this story.
Posted by Mantronikk at 6:17 PM No comments:

Is it illegal to not participate in a same-sex "marriage"? 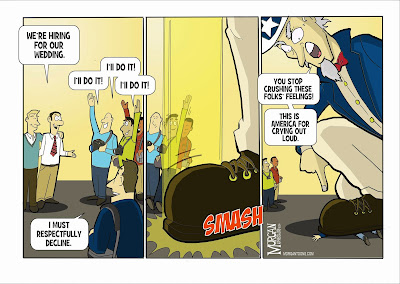 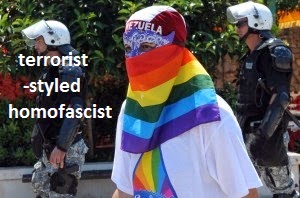 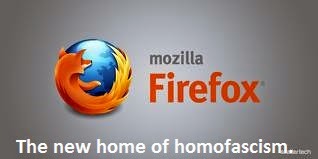 Sad story here.
Posted by Mantronikk at 11:25 PM No comments: