Dan Savage vs. the Word of God/Challenge for Dan Savage.

In the video below, that contains language that some people might find offensive, anti-Christ bigot Dan Savage calls scriptures that forbid sexual sin in the Bible "bull****." Then Mr Savage goes on to cherry-pick Old Testament verses concerning food-handling that were made obsolete by the words and sacrifice of the Lord Jesus Christ.

Just as the word "homosexual" didn't exist when God wrote the Bible through men, the word "employee" didn't exist either. In the contemporary American language of this blog, the word "slave" in Romans, in the Bible, would be "employee," since the "slaves" spoken of in the New Testament, were being paid for their work!

Dan Savage is using a very old tactic of twisting scripture to justify his homosexual sin, since the Bible condemns slavery, which was called "manstealing" in it's day, in 1 Timothy 1:8-11! And, to the Glory of God, (who exposes Dan Savage's entire argument in one verse) verse 10 condemns men who have sex with men (whom we now call "homosexuals," and no longer call "sodomites") before slave traders.

Since he had an audience of young Christians who couldn't possibly have the scriptural knowledge of a mature Christian, Mr Savage got away with mischaracterizing the Word of God and deceiving many into thinking that God is now okay with sexual sin. Notice that sexual sin is the first thing mentioned here.

When will Mr. Savage go into a Mosque and call the verses that command the death of homosexuals in the Quran "bull****"?

The original info that inspired my challenge to Dan Savage to debate scripture with me on this blog can be found here.
Posted by Mantronikk at 6:00 AM No comments:


Note, at 2:04, how the homofascist teacher launches into the classic barrage of rallying words like, "racist," "bigot," and "bully," while clearly exhibiting the behavior of a bigoted bully.

More info here.
Posted by Mantronikk at 10:51 PM No comments:


The false comparison of homosexual behavior to morally benign factors like hair color and skin color began farther back than I thought. The Word of God condemns sexual sin, not skin color or hair color.

This video (that I tried to edit in YouTube but was unsuccessful) is great because it could never be created in today’s homofascist political climate, and it covers a few great points...

The distorted desire for male bonding through sexual contact is covered from 11:10 to 11:38.

The ORIGINAL respect for the minds of children on behalf of the glbt community (whatever happened to that!) can be seen from 20:00 to 21:10.

“...In 1967, the veteran CBS journalist Mike Wallace did what today would seem revolutionary: he hosted a 43-minute documentary that exposed the stark truth about homosexuality, speaking openly of well-established facts that have since been consigned to the memory hole of political correctness.

...the self-destructive behavior of sexually-active homosexuals, the underlying psychological causes of their impulses, and their troubling influence on American culture.

...“The average homosexual, if there be such, is promiscuous,” Wallace states matter-of-factly. “He is not interested in nor capable of a lasting relationship like that of a heterosexual marriage. His sex life, his love life, consists of a series of chance encounters at the clubs and bars he inhabits, and even the streets of the city - the quick one night stand. These are characteristic of the homosexual relationship.”

...“I had a very domineering mother, a tyrant. A very sweet tyrant, but a tyrant nonetheless,” he tells Wallace. “It was a love that I had that was kind of killing me.”

...Overweight and taunted by children, he was never allowed to develop independence from his overbearing mother, of whom he was “scared to death.”

...I’m sick in a lot of ways. Immature, childlike. And the sex part of it is a symptom, like a stomach ache is a symptom of who knows what.”

“Homosexuality is, in fact, a mental illness, which has reached epidemiological proportions,” says Socarides during a lecture. When asked by a student if homosexuals can be happy in the gay lifestyle, Socarides is unequivocal: “The fact that somebody is homosexual—a true, obligatory homosexual - automatically rules out the possibility that he will remain happy for long in my opinion.” ...”

Original story here.
Posted by Mantronikk at 11:49 AM No comments:

Rejecting a message that supports a sinful activity.


Rejecting a message that promotes sexual sin is like racial oppression? Huh? What!?

This is what some commenters on YouTube allege. Some people are still ignorant to the difference between skin-color and sexual behavior due to the phrases "Black people," and "gay people." "Gay" defines a group of people AND a behavior, whereas "Black" only defines a group of people and does not define a behavior. If the situation was reversed, and a homosexual t-shirt shop owner refused to print an anti-gay message for a group of people, would the Government force the gay businessman to print the message that he found offensive?

More details here.
Posted by Mantronikk at 1:06 PM No comments:

<----This harmless ad was ordered removed from British buses in London by its homofascist mayor, Boris Johnson.

Apparently Mayor Johnson has no problems with ads by former heterosexuals, he only has a problem with ads by ex-gays.

“...Boris Johnson, the Conservative Party mayor of London, is being sued by a Christian organization whose bus advertisements for overcoming same-sex attraction he ordered pulled.

...Saying, “Not gay, ex-gay, post-gay, and proud! Get over it,” the nixed slogans were the work of the Core Issues Trust, a Christian organization that helps churches minister to those who want to overcome their temptations to homosexual behavior.

...The campaign was cleared by industry regulator the Advertising Standards Authority. It was intended to be an answer to a similar pro-homosexual ad campaign...

...They okayed it and now it has been pulled.

...“It is of deep concern that there can only be one point of view and that is the point of view of individuals who are determined to push through gay marriage and apparently believe that homosexuality cannot be altered in any possible way. That is not a universally held view.”

...Johnson reacted after a chorus of rage from homosexualist campaigners, who argue that homosexuality can only ever be a natural life-long variant of human sexuality, the cornerstone of the homosexualist political schema.

...who is facing an election next month...

...The incident illustrates the growing reality that even to assert that there are some people afflicted with unwanted same-sex attraction who do not want to live the homosexual lifestyle, is now regarded as “anti-gay.”

...The climate right now, she said, is immensely hostile to anyone who opposes the homosexualist political agenda. She recounted the story of a Christian Conservative Party MP, David Burrowes, who received death threats after he signed a petition to retain the current legal definition of marriage.

...and there is growing tolerance for overtly anti-Christian rhetoric.

...“at the end of the day what it’s about is intimidation and bullying and fear” by homosexuals to silence opposition.

More/complete info here and here.
Posted by Mantronikk at 1:14 PM No comments: 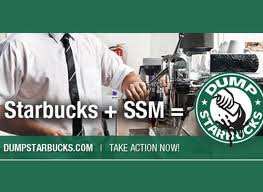 Posted by Mantronikk at 9:41 AM No comments:

Posted by Mantronikk at 12:31 PM No comments:

"Offended" by the natural/true family!?!?


This story illuminates perfectly the influence of glbt organizations in our middle schools and high schools. A mural depicting a married man and woman with their child was deemed "possibly offensive to some" by high school officials, and the natural/true family was actually painted over!

Was the mural too "heteronormative"? Was it too "heterosexist"? What straight person would be offended by this mural? Doesn't this absurd action/point-of-view illustrate the glbt community's perverse mindset? I couldn't believe the homofascist bent/flavor of this story at first, but then my disbelief turned to joy because, once again, the adverse influence of the homosexual lifestyle in our nation's schools can be clearly and easily shown. Anyone offended by a mural depicting a man graduating from college, getting married, and then having a son, is clearly a twisted individual.

This is why I no longer associate with marriage/family redefiners. A person has to be crazy to be offended by true marriage and the normalcy of this mural.
Posted by Mantronikk at 1:08 PM No comments: 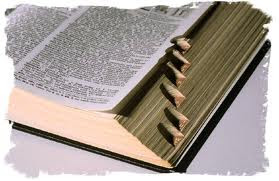 A person, entity, or organization that speaks or writes in support or defence of heterosexuality, true marriage, heteroactivism, or heteroseparatism.
Posted by Mantronikk at 2:29 PM 2 comments:

Children need their mother and father.

Posted by Mantronikk at 5:14 PM No comments: 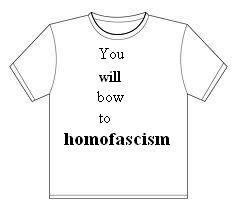 Full article here.
Posted by Mantronikk at 1:53 PM No comments: