I remember, in 1988 briefly dating a woman who refused to call men "men."  She would only use the word "people," when talking about men.  I ended my relationship with her shortly thereafter because she kept calling men "people," after I told her I was offended by the intentionally, feminist-inspired, genderless terminology.  She went on to become the prime, and ONLY suspect in her husband's "accidental" shooting death, exactly one year later.

If a human being is so far removed from biological science and reality that the think that they are the opposite sex than their own genitals, that person is someone that I refuse to interact with in my personal life.  Along with being a heteroseparatist, I am also a genderealist.

It is absurd for a University to ignore biological science to accommodate the absurd demands of the glbt community.  At first, gays just wanted to stop being assaulted for being gay.  That makes perfect sense to me.  But now, if you don't call a man a woman, or call a woman a man, you can be fired from your job or be expelled from your University.

How did this madness come to be?!  With each passing month, the glbt community gives me more validation to hide myself from them.

More info here and here.
Posted by Mantronikk at 3:58 PM No comments:

A doctor fired for refusing to ignore the differences between a man and a woman. 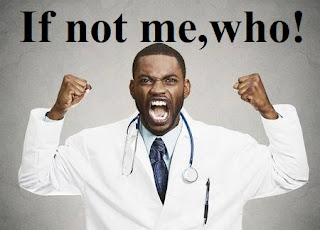 Can somebody tell me who would be more qualified to tell whether or not a human being was either male or female than a medical doctor?!?

This incident/story left me amazed.

I don't see how even the most ardent homofascist activist can't understand that, no matter how a person feels, 99.93% of human beings are born either completely male or completely female.  Why does the glbt community fight against biological science?!  Why do gay activists want to destroy people who will not join in on their delusions?

What if a doctor went along with the transdelusionality of a patient, in order to keep his or her job, and the wrong medication was prescribed and the patient died?  Wouldn't the doctor be sued and/or fired?!  So what is a doctor supposed to do when treating a patient with gender dysphoria?

I think that the doctor spoken of in the link below has an incredibly powerful wrongful termination lawsuit on his hands.

Amazing, surrealist-reality story here.
Posted by Mantronikk at 11:41 AM No comments:


I thought I was going to faint when I saw this story.  Then I had a hard time finding the video above.

The story below shows the core of homofascist activism.  No matter what the glbt community says, the bypassing of parental consent is part of their agenda, and crucial to their future membership.  The glbt community constantly fights for unauthorized access to the children of other people, and will call you a "homophobe" for objecting to the trampling of parental rights.


“…EMMAUS, Pennsylvania, July 3, 2018 (LifeSiteNews) — A Pennsylvania school district is under fire for showing students pro-homosexual videos without parents’ consent and refusing to let parents see the videos for themselves afterward.

… LGBT speakers mocking the description of homosexuality as a “lifestyle” rather than “just my life,” claiming gay couples not reproducing is a non-issue because “technically the world is overpopulated,” mocking straight people for being offended by assumptions that they’re gay, denigrating heterosexual marriage for high divorce rates, and more.

… A third video was dedicated to “educating students about gender fluidity – the idea there is no such thing as male or female,”

…The videos, played without notifying parents in advance, provoked outrage among the community, with parents gathering to confront the East Penn School Board at a June 11 meeting.
“I do not support a publicly funded school pushing any political or social views on children,” parent Mike Huff said of the “purposeful, planned, indoctrination videos, which he said made his son feel “bullied” for being straight.

… citing a section of the state school code that guarantees parents a “process for the review of instructional materials” and a “right to have their children excused from specific instruction that conflicts with their religious beliefs.”

… Liberty Counsel’s Richard L. Mast Jr. called the district’s formulation a “convenient” way to “bypass all public records laws and parental notice and consent requirements for objectionable content” by simply “finding a willing ‘student group’ to ‘select’ the material for them.”

Full info here.
Posted by Mantronikk at 11:44 AM No comments:

What does the "b" in LGBT stand for? 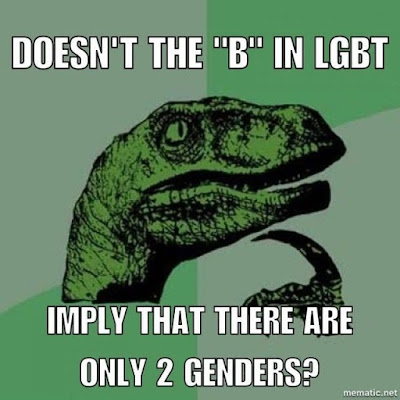 Wow!!  Amazing point!  I'm a little miffed that I didn't realize this sooner.  The "b" in "lgbt" means that there are only two genders!  Yet the glbt community keeps denying this biological fact.

I feel so sad for the members of the glbt community because they are so dedicated to doing what's wrong and will eventually stand before Jesus Christ after they die.  Isn't it wise to prepare for an inevitable meeting with God?

Posted by Mantronikk at 2:23 PM No comments: