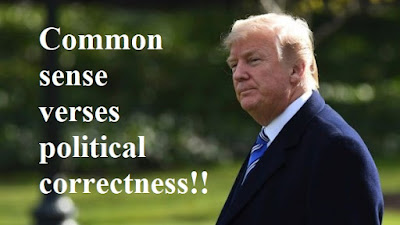 Posted by Mantronikk at 1:38 PM No comments:

Submit to genderinsanity or no degree!! 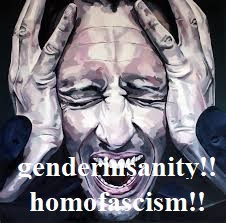 I've come at genderinsanity and homofascism from so many angles and so many ways that it takes a really good story to get me to post, and it looks like I've got a live one here.  (And I choose quality over quantity.)

It took days for a video that was compatible with this blog to surface.  And, after watching the video above, I have to ask...what would happen to a male professor who forbade women from speaking in his class until the men in his class were finished speaking?!?  Wouldn't that male professor be immediately unemployed?!

Now, because of glbt propaganda, speaking the biological fact that 99.93% of human beings are born either completely male or completely female can get a man (NOT a woman) expelled from an essential class that he needs for his college degree.  How is this fact not clear, indisputable evidence of the genderinsanity that was cultivated by the glbt community?

"... “You can’t say that anecdotal evidence is fact,” Ingle said. “My professor pretty much just tried to shut me up because she was just letting women speak. I brought up the fact that biologists don’t agree that there’s more than two genders and I said the wage gap she’s referring to – 77 cents on the dollar – that even the New York Times debunked that.” ..."

Posted by Mantronikk at 7:54 PM No comments: