This homophile used his power and authority to rape young boys.

"It's beyond the comprehension of most human beings," the judge said. "It's not unlike slavery of old, to go through the (foster) system and obtain a human being and attempt to mold that individual to satisfy one's own sexual desires. Disgusting. This one has got to be the worst. It's the worst of the worst."

"Prosecutors said another 11 men came forward to claim Foulk molested them as children dating back to 1965, but only the son's case could be prosecuted because of the statute of limitations."

"Prosecutor Danette Gomez argued that Foulk used the foster care system to acquire boys to meet his insatiable sexual appetite, knowing they had no parents to turn to."

Full story here.
Posted by Mantronikk at 8:00 AM 2 comments:

Is Someone Born a Homosexual?

The State of Montana is fighting for the rights of parents when it comes to what their kids are being taught about sexual matters in public schools.
"A document outlining the program released in June said that “body part language” would be introduced in kindergarten, the idea of same-sex love in grade one, and methods of sexual intercourse would be taught to fifth-graders."

"The lawsuit filed on Friday claims that the school district violated right-to-known policies. It argues that documentation of curriculum developments, including correspondence and meeting minutes, were withheld from concerned parties, and that the public was excluded from curriculum committee meetings. It requests that the budget and all information relating to the curriculum be made public."
Full article here.
Posted by Mantronikk at 12:38 PM No comments:

DOMA in a coma. 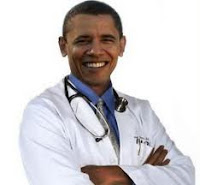 According to Article 2, section 3, clause 4 of the Constitution, the President must support DOMA.

Now, the phrase, "Anti-gay," can get the President of the United States to ignore the law. Is this the official start of the end of sexual sanity in the United States? Homosexuality is not an immutable circumstance like race or gender; I cover that fact in this blog.

DOMA was created to prevent one state's homofascism from affecting another state.

"The bans on incestuous and polygamous marriages are ancient and deeprooted, and, as the majority suggests, they are supported by strong considerations of social policy," Baxter warned. "Our society abhors such relationships, and the notion that our laws could not forever prohibit them seems preposterous. Yet here, the majority overturns, in abrupt fashion, an initiative statute confirming the equally deeprooted assumption that marriage is a union of partners of the opposite sex. The majority does so by relying on its own assessment of contemporary community values, and by inserting in our Constitution an expanded definition of the right to marry that contravenes express statutory law.

"Who can say that, in 10, 15 or 20 years, an activist court might not rely on the majority's analysis to conclude, on the basis of a perceived evolution in community values, that the laws prohibiting polygamous and incestuous marriages were no longer constitutionally justified?" Baxter wrote.

That argument, in fact, is being made now in a court case in Canada, where the acknowledgement of "marriage rights" for same-sex duos is being cited as a reason to strike polygamy laws.

Those arguing officially on behalf of marriage are from ProtectMarriage.com, which was the group behind Proposition 8 when voters adopted it in 2008.

The ADF said the case has the potential to create "years of chaos and confusion in the legal battle to preserve marriage. It could impact marriage laws in up to 45 other states – including the … states where voters overwhelmingly adopted state constitutional amendments…"

The ADF report said also at stake in the issue is:

Whether America will be forced to accept the bizarre, court-invented claim that men and women are interchangeable

Whether voters may collectively decide through the democratic process that marriage between one man and woman should be protected..."

I'm surprised that Fox news allowed the phrase, "anti-gay" in their headline. Story here.
Posted by Mantronikk at 9:37 AM No comments:

From lesbian to Christian.

...he knew that the homosexual advances of an older boy were abusive.
Many gay men label their childhood seduction into the glbt community, by an older homosexual, as an act of "love" and embrace the gay lifestyle. I call them Stockholm homosexuals and cover this phenomenon in my Internet manifesto. But, because of an abusive stepfather, Senator Brown knew that his youth camp counselor was wrong in his homosexual advances. Speaking about his homosexual molester, Brown said. "He said 'If you tell anybody, you know, I'll kill you. I will make sure that no one believes you.'"
Silencing certain people is a key goal of the gay community, and being falsely labeled as a "homophobe," led me to create the word "heteroseparatist."
Senator Scott Brown's story is here and here.
Posted by Mantronikk at 11:12 AM No comments:

"Born gay" used to be an insult to homosexuals.

Apparently, 20 to 25 years ago, a homosexual would be insulted by the "born gay" concept. I never knew this. Go to 1:08 on the video to hear an ex-gay man tell you himself.
Posted by Mantronikk at 5:45 PM No comments:


San Francisco is a homoOrwellian city.
Posted by Mantronikk at 8:19 AM No comments:

YOU HETEROSEXIST PIG!!!
I should have seen this one coming.
Now, thanks to the glbt community, the terms, "prom King," and "prom Queen," are probably soon to be labeled as "hate speech" by the division of humanity that rejects their own genitals.
A high school in Michigan is having a "gender-neutral" prom due to one "transgendered" (OMG!) student. The parents of the kids in this school that still hold on to sexual sanity are considering holding a private, heteroseparatist prom where nobody will be persecuted for saying, "prom King/Queen." Story here.

Posted by Mantronikk at 4:54 PM No comments: 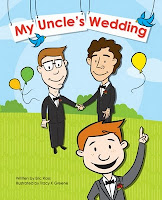 Look at how sweet and innocent the cover of this vile book is. It's like the marketing design of a box of candy.
Look at the light blue background and the innocent, cute little birds. Look at how the strings that hold up the sign rise up and out of view as if God himself is holding them. Look at the smiling, clean shaven faces of the homosexuals holding hands. Observe the free-floating balloons that defy the laws of physics just to be near the two well-dressed sodomites. See how the little boy is dressed the same way as the men, yet his jacket is a lighter color. Will he be awarded a black jacket when he graduates to anal intercourse like the gay men have? And why is the guy in the glasses looking at the little boy's butt instead of looking at the guy he's "marrying"?
Why is the little boy pointing up like that and smiling even broader than the 44-times-more-likely-to-contract-AIDS men? Is he pointing up as if to say, "Hey there fellow child! I've got something fun to tell you about!"?
My God this is sad.
Posted by Mantronikk at 11:10 AM 4 comments:

homopocrisy:
The state of mind of a homofascist person who will not hesitate to violate the civil rights of a person that they perceive to be "anti-gay," "homophobic," or "intolerant."
Posted by Mantronikk at 5:54 PM No comments:

Email ThisBlogThis!Share to TwitterShare to FacebookShare to Pinterest
Labels: homopocrisy

I've covered this dude before. Looks like he's still trying to do a legal, end-run around parental rights with SB 48.
I've noticed that gay "parents" demand that their parental rights be respected, and would go ballistic if they found out that Christianity was being taught to their children without their consent, and then turn around and support trampling on the rights of Christian or "anti-gay" parents by supporting legislation like SB 48. The homopocrisy of some in the glbt community never ceases to amaze and inspire me.
In the entire history of my website/blog, only one homosexual has accepted my challenge to refrain from speaking to children about homosexuality without the consent of that child's parents, when I can easily refrain from talking to a child about Christianity without parental consent. What does that say about the glbt community?
Posted by Mantronikk at 3:02 PM 2 comments:

A Christian tv show has been removed from the air in Canada because the founder of the show, Dr. McVety, was critical of the Canadian school system teaching children in third grade that there are, "six genders."
"The crux of this problem is that last year I led a protest to stop our minister of education from presenting a new curriculum that would teach, starting at grade three, that there are six genders and that the children can't be happy and can't have a positive image of themselves until they accept their inner gender which may not coincide with their physical body."
Story here and here.

Posted by Mantronikk at 12:14 PM No comments:

Congratulations to the people of Egypt who rose up and demanded an end to tyranny. Story here.

Posted by Mantronikk at 11:37 AM No comments:

The abandonment of common-sense seems to be one of the key factors of homofascism. How can a right-thinking person not see that a child is best off when raised by their married mother and father?


I had once wondered, long ago, how the APA lost its way in 1973 when it removed homosexuality from its official list of mental disorders. And just a few days ago, that mystery was solved by this article.
Posted by Mantronikk at 5:42 AM No comments:

I've noticed your recent fascination with my blog and I've decided to give you a dedicated post where you can list all of your grievances with my heteroseparatist philosophy so that I can refute them one by one.
I'm asking you to take some time and create a coherent list of each specific part of my stated points of view that you disagree with, and write them out carefully in the response division of this post so that I might further clarify my heteroseparatist viewpoint.
Nobody except Mr. Wonderful will be allowed to respond to this particular post.
Posted by Mantronikk at 3:18 PM 2 comments: