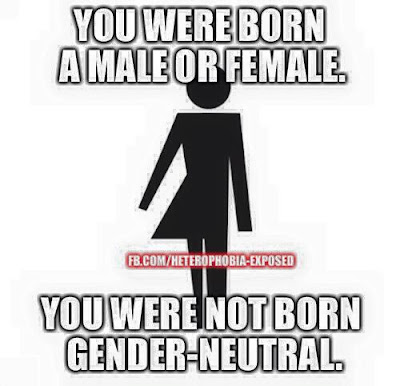 99.93% of all human beings are born either xx or xy.  That's a scientific fact.  Why do some people war against this fact?
Posted by Mantronikk at 12:39 AM No comments: 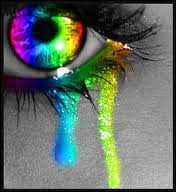 Why do some people want special legal protection and special social status because of their sexual activities?  The glbt community has successfully perverted the legal definition of marriage in the United States of America and President Trump cannot undo that perversion.  So what are some gays so upset about?

The gays and the feminists were on the verge of a female, pro-gay, liberal president and "tolerance" preaching gays, feminists, and liberals are now rioting in the streets.  Amazing.

The Word of God says that homosexuality is wrong.  The fact that the glbt is fighting against the Word of God is the difference between the fight for civil rights of the African American community and the glbt community.

Full story here.
Posted by Mantronikk at 9:21 AM No comments: 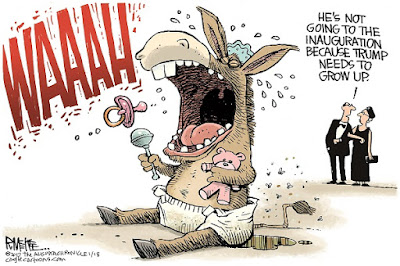 If it's okay for people to boycott President Donald Trump's inauguration because of their feelings about him, why isn't it okay for true Christians to boycott so-called, same-sex "marriage"?

Posted by Mantronikk at 3:52 AM No comments: 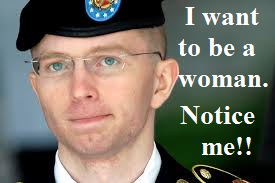 If Bradley Manning wasn't a member of the glbt community, he would have been forgotten about long ago.  But, somehow, because he wants to be a woman, many deceived people see him as an oppressed minority.  Most articles refer to him as "she."  Amazing.  He is a male human being and will always be a male human being.  That truth isn't hate.

What Bradley Manning did was wrong.  He intentionally gave classified information away.  That decision was not his to make.  If I remember correctly, he did what he did to lash out against the don't-ask-don't-tell policy that was in place at the time he joined of the United States Army.

Bradley Manning is rebelling against the commandments of God, against his superiors in the military, and against the existence of his own genitals.  This man needs some serious mental help.

More info here , here and here.
Posted by Mantronikk at 5:48 AM No comments: 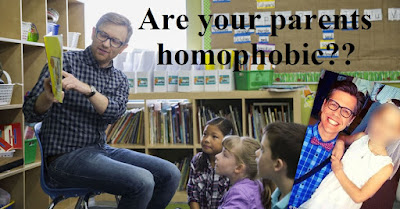 “… Police in South St. Paul, Minnesota, have revealed that a homosexual elementary-school teacher and his “husband” sexually abused eight underage boys since at least 2013, according to a report released Tuesday.

…Aric Babbitt, 40, and Matthew Deyo, 36, came to the attention of local authorities Aug. 14 after a 16-year-old former student of Babbitt’s revealed an “ongoing sexual relationship” with the two men to his parents…

…Babbitt and Deyo died 10 days later in a murder-suicide.

Babbitt, a teacher at Lincoln Center Elementary since 2002, was put on paid leave Aug. 17 after news of the allegations became public. Police collected a large amount of evidence from the pair’s home during an Aug. 16 search, including photos and videos on phones, computers and media devices. Secret video from a camera hidden in a bathroom clock also contained evidence of their crimes as well as clues that led to other victims.

The first accuser said Babbitt, his former elementary-school teacher, served as his volunteer-work supervisor and had become his mentor when he came out to his parents as homosexual. Babbit gave him gifts of underwear and yoga shorts and requested images of the boy before he turned 16. Following his birthday, the pair asked to take him to a jazz concert but instead took him to a Minneapolis hotel where they provided him with alcohol, marijuana and had unprotected sex with the teen. He was told to “keep this our little secret.”

Other boys described being plied with alcohol and marijuana at Babbitt’s and Deyo’s home, Babbitt’s family cabin and Deyo’s parents’ farm before “it got weird.”

Text messages between the two men revealed the planning that went into their abuse of the boys.

Babbitt, referencing a boy staying overnight, texted Deyo: “Make sure the alarm clock [containing the hidden camera] ends up somewhere good. I was going to surprise (victim) with hot tub … in case it improves chances of skinny dip.”

…On Aug. 16, the men drained their bank accounts, purchased $860 in camping gear on a credit card and went on the run.

The couple was found dead on Aug. 25 on a beach on Lopez Island in northwest Washington state, having died the previous day in a shotgun murder-suicide, ruled the local coroner. Deyo killed Babbitt before turning the weapon on himself, according to the report.

…they had decided to “choose our own destinies rather than experience the embarrassment, ridicule, hatred and inevitable loss of freedom that the justice system would give.”

More, well-written info here and here.
Posted by Mantronikk at 6:04 AM No comments: 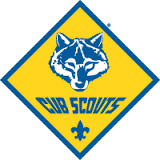 It's simple.  There's the Boy Scouts and the Girl Scouts.  A Cub Scout is a younger division of the Boy Scouts.  When these organizations were founded, no one ever thought that, someday, people would deny the reality of such a simple, and obvious fact of a person's born gender.  Yet, lo and behold, the glbt community has thrown chaos into the society in which I live, and turned me into a blogger.

The most distressing thing about the video below is that the people speaking in the video repeatedly refer to a female as "he."

More info here and here.
Posted by Mantronikk at 6:05 AM No comments: 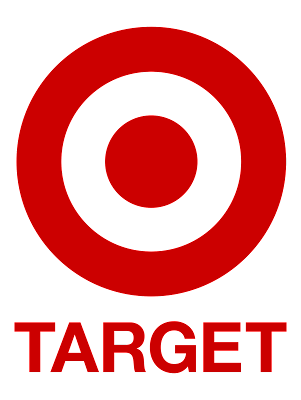 I was almost stymied this year.  Usually, the homofascist of the year sticks out immediately in my mind, but modern news stories rise and fall so fast, this year I had to look back at my posts.  And for allowing men into the women's restroom of their stores due to glbt propaganda, Target Corporation wins heteroseparatist.com's Homofascist of the year award.

Then, in my search for more info, I find this hilarious video...

More info here.
Posted by Mantronikk at 6:00 AM No comments: