Some gays mad at Chick-Fil-A now?


So some in the glbt community will attack anyone who does business with people who support true marriage? And how is this not psychotic? It seems to me that the glbt community is becoming increasingly unstable. More info here.
Posted by Mantronikk at 5:45 PM 4 comments:


I've heard the the glbt community wants to prevent people from seeing this SNL skit. It seems to me that gays want to control non-gays. Down to what we can say, like telling people that they can't call something "gay." Now homosexuals want to prevent people from seeing this video. I say that homocensorship is gay.
Posted by Mantronikk at 7:14 AM 9 comments:


Ive heard, "How does my homosexual 'marriage' affect yours?" To which I respond, "How does counterfeit money affect real money?"
Posted by Mantronikk at 6:00 AM 16 comments:

Posted by Mantronikk at 7:00 AM No comments:


This moment touched all of us, 25 years ago today. I remember exactly what I was doing.
Posted by Mantronikk at 6:15 AM No comments: 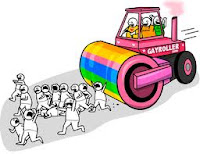 The personal attacks by homosexual activists by means of indiscriminate allegations especially on the basis of unsubstantiated charges; defamation of character or reputation through such tactics.

The word-splice "homoMcCarthyism," was inspired by this story.
Posted by Mantronikk at 6:00 AM No comments: 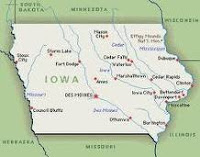 This brave woman's blog has been removed from naplesnews.com because some in the glbt community were angry at the truth of her words and her courage to disagree with the behaviors of some gay people. ("Black" classifies race, "gay" classifies behavior.) She has now gone independent, and will become even more powerful than before.
Ms. Grothaus is still being attacked for her refusal to be intimidated into silence. How typical. Classic, blatant, pathetic, homofascism. My supporting evidence is here.
Posted by Mantronikk at 6:48 AM 10 comments: 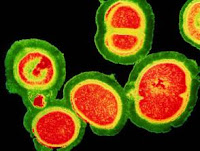 Well, if being 44 times more likely to contract AIDS isn't enough to get homosexuals to reexamine their sexual behavior, there's a new concern for men who have sex with men; now gay men are 13 times more likely than heterosexual men to catch MRSA, a disease that can develop into a flesh-eating bacteria. Wow. And where is this disease now concentrated? The Castro district of San Francisco, California, the homosexual epicenter of the World. This disease is also prevalent in East Coast gay communities.
Has humanity gone insane? What will it take for the glbt community to realise that their behavior is wrong? What will it take for some cultures to stop glorifying homosexuality and persecuting those who refuse to support the glbt community when there is medical evidence that proves that the glbt lifestyle is so unhealthy? I guess these are just "hate germs." I suppose that this disease will be labeled as "homophobic" by the gay community and subsequently ignored.
Posted by Mantronikk at 11:14 AM No comments:

I remember seeing him on tv as a child when I was about 5-years-old. The original fitness guru.
Posted by Mantronikk at 7:48 AM No comments:

Email ThisBlogThis!Share to TwitterShare to FacebookShare to Pinterest
Labels: R.I.P.

Another definition of homofascism. 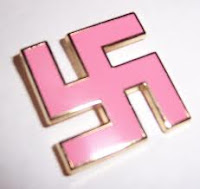 I just found this a few minutes ago. The author is brilliant! This Urban Dictionary entry covers a lot of ground with relatively few words.
Posted by Mantronikk at 7:39 AM 2 comments:

This news story is why I don't believe the lie that homosexual "marriage" won't adversely effect my freedom to serve Jesus Christ in America.
A British couple who run a bed-and-breakfast in England would only allow people that were in a true marriage to share a bed under their roof because of their respect for the commandments of Jesus Christ.
Two homosexuals show up and want to have relations with each other in this Christian bed-and-breakfast. When the gay dudes aren't allowed to share a bed and are offered seperate beds, they didn't go away quietly like unmarried heterosexual couples did, and they didn't go to any of the nearby, gay-friendly b&bs, they of course, decided to sue these God-fearing people and force their sexual perversion into their Christian establishment. The homosexuals absurdly compared their sexual conduct to being Black or Jewish! (OMG!)
A British judge (how can he be a judge when he can't tell the difference between race, Judaism, and sexual misconduct?) has ruled against these followers of Jesus Christ in favor of the two men who have sex with each other. Story here.
Posted by Mantronikk at 6:35 AM No comments:

Yesterday, while doing research for a current writing project, I was looking up the origin of the phrase, "Blacks, women, and homosexuals." This phrase is how so many people have been hypnotised into thinking that homosexuality is innate, yet an ever-increasing percentage of humanity is beginning to understand the difference between race and sexual behavior. Homofascists hate it when the difference between skin color and sexual perversion is explained, and immediately accuse anyone who does so of "hate."
"...skin color is 100 percent heritable, absolutely immutable and carries no behavioral implications whatsoever. Homosexuality, on the other hand, is defined by desire and voluntary sexual acts that are open to moral assessment. There is no research proving that homosexuality is immutable..." My supporting evidence is here.

Posted by Mantronikk at 6:53 AM No comments:

Oh my God!! I just got done posting and saw this. It looks like people are wising up to Canadian homofascism, and fighting back. Some radio station is going to broadcast the "banned" version of the Dire Straits song 24/7. This has made my day, not for the use of the word "fa**ot," but for people standing up for freedom of speech. Ironically, whoever complained about this song has made it even more popular. I've found the politically incorrect version of the video.
Posted by Mantronikk at 11:32 AM No comments:

I wonder if the Canadian Broadcast Standards Council would ban a video that Christians found offensive.
Apparently, the word "fa**ot" got Dire Straits', Money for Nothing video banned in Canada. According to this article, it took just one complaint to have the 24-year-old video banned.
Can you watch the movie Pulp Fiction in Canada? It contains the "N" word about twenty or more times! What if I wrote a screenplay that glorified the glbt community where one of the characters in the story used the word, "fa**ot"? Would that be allowed to air in Canada?
Posted by Mantronikk at 10:41 AM No comments:

I've found, yet another story, concerning homoviolence. I wonder how many stories of gay-man-on-gay-man violence are covered up by the media?
Also, why is the website spoken of in the story called, Rentboy.com instead of Rentman.com? Could it be that the "boy" part of the website's title is more of a turn-on to gay men? Story here, here, and here.
Posted by Mantronikk at 11:36 AM No comments:

Let's look at some of the recent violence from and within the glbt community. Incident one is about two homosexual brothers that drugged and then buried alive their father for his disapproval of their homosexual lifestyle.
Incident two concerns a 20-year-old man who bludgeoned to death and castrated (or vice-versa) his 65-year-old "roommate." I believe the 65-year-old was trying to rape the 20-year-old since the 20-year-old was treated for "lacerations to his wrists." An older man trying to rape a younger male is also how the first murder occurred in Celebration, a town created by Disney in Florida. And a poster to this very blog claims to have the inside story concerning the deceased homosexual rapist in Celebration.
And, on top of all that I've just written, when I did a Google search on "homoviolence," I discovered that, "The top six U.S. Male serial killers were all gay:" And, "Two gays compete for the spot of "world's worst murderer..." Also, "...Auschwitz executioner Ludwig Tiene strangled, crushed, and gnawed boys and young men (as many as 30 a day!) to death while he raped them." The link to the abovementioned information is here. And info on "Bluebeard" is here.
Wow! The glbt community has done such a good job of glorifying their community that even I was shocked by the information in the last link.
Posted by Mantronikk at 9:22 AM No comments:

Posted by Mantronikk at 5:26 PM No comments: 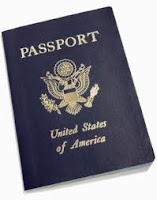 The words "mother" and "father" are being removed from the passports of children in my country to appease the glbt community. I saw this story yesterday and I'm still to stunned by the concept to write a proper post on it.
Wow. God save my country. Story here.
Posted by Mantronikk at 4:49 PM No comments: 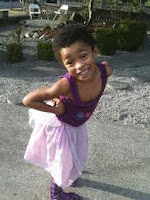 I'm quite upset that I didn't get to this story in a timely manner; it's the same old story of getting overwhelmed by work. Anyhow, here is, yet again, a boy who may develop into a homosexual because his Godless parents don't have the moral common sense to tell him that it is wrong for a boy to dress like a girl, or that he cannot ever be a girl. This is how effeminate homosexuals start off; by overrelating to girls and then wanting to be girls.

What happened to sexual sanity on planet Earth? I see and hear about mothers in my country telling their daughters to be, "strong and independent," yet this mother is allowing her son to be a "princess." Not only that, the glbt community is celebrating this woman's "tolerance." I never thought that I would live in a society where masculinity was practically forbidden. Story here.
Posted by Mantronikk at 4:03 PM No comments:

To encourage a young boy/male to embrace the homosexual lifestyle when that lifestyle would make him 44 times more likely to develop AIDS, is what some people do so as not to appear "homophobic." That's just plain stupid. People would be outraged if they found out their children were being taught how to smoke cigarettes in school, yet those same people will fall silent when it comes to children being encouraged to enter the glbt community. Click here for the CDC stats spoken of in the video.

Posted by Mantronikk at 10:45 AM No comments:

No wonder some gays hate the word "homofascism"...

...it's because it's remarkably accurate.
Apparently, Adolf Hitler's Third Reich was begun in a gay bar! That would explain the, disagree-with-us-and-be-destroyed mindset of some gays. Not to mention the endless propaganda from some in the glbt community; labeling anyone who won't support homosexuality as a "hater," or a "hate group," and then setting out to destroy them. My supporting info is here.
Posted by Mantronikk at 8:46 PM No comments:

Well it's finally over; that stressful time of the year between Halloween and New Years eve. I thought I'd irk the glbt community with the "heterosexist" pic to the left. Do gays get upset when men and women kiss each other at midnight when the new year comes in? Should heterosexuals stop kissing each other on New Year's Eve so as not to offend gays?
Anyhow, enough of that. I wonder where this blog will be a year from now. People are starting to hear about heteroseparatism. About how one can disagree with the glbt and be hate free. And, ironically, gays seem to hate hate-free disagreement. How strange.
To my beloved readers and those who hate Jesus Christ, happy new year!
Posted by Mantronikk at 8:51 AM No comments: