Great video on genderinsanity from The Activist Mommy.


Oh how I love new sources of video material!

This woman is summing-up many things that I've been taking about since this embarrassingly primitive post of January, 2010.

Homofascism, transtyranny, and genderinsanity are being called out by an increasing number of people who are not even aware of my work.  And I haven't even started my advertizing campaign yet.  But I'm not alone anymore.  Cool.
Posted by Mantronikk at 11:40 AM No comments:


This video shocked me.  The excellent acting, the great casting, the cinematography, and the accurate portrayal of fascist education.  In this video, the arriving student went through the exact same set of emotions that caused me to start this blog.

Posted by Mantronikk at 9:47 PM No comments: 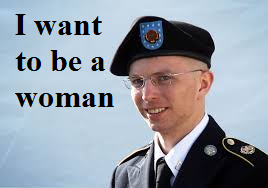 More info here and here.
Posted by Mantronikk at 6:23 AM No comments: