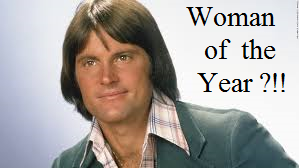 My new job has eaten up so much of my time lately that I unconsciously raised the bar about which things in the gender-rejection-community to blog about. But this latest story about Bruce Jenner leapt over that bar like an Olympic athlete.

…Australian-born feminist Germaine Greer accused Glamour of “misogyny” in its decision to award Jenner its woman of the year award, noting that transgender women are “not women” and do not “look like, sound like or behave like women.” …”

The article that almost completely mirrors the point of view of a heteroseparatist is here.
Posted by Mantronikk at 9:52 AM No comments:

I suppose it's "transphobic" to not want a man in the women's restroom with my wife.

Posted by Mantronikk at 7:31 AM No comments: