Because I was making a living, I'm late to this story.  But I'm off today, and even though I haven't heard much about Mr. Feldman in the last few days, this story is postworthy.

More info here.
Posted by Mantronikk at 9:59 AM No comments:

Who buys a Playboy to see a gayboy?


This planet has gone mad.

Is it not safe to presume that a man buying a Playboy magazine does so to see beautiful naked women?  Wasn't that the foundation of the Playboy empire?  Beautiful, naked, women?

So who decided to put a naked man in a Playboy?  Is someone trying to sabotage Playboy stock?  Who made this decision, someone trying to prove that they're not "transphobic"?  Who would've thought that the chief editor of Playboy would jump the shark when Playboy was founded on such a simple and undeniable fact that the vast, vast, majority of men enjoy looking at an attractive, naked woman?

Is common-sense illegal now or something?

More info here.
Posted by Mantronikk at 11:38 AM No comments:

Man who considers himself a woman still rapes 10-year-old girl. 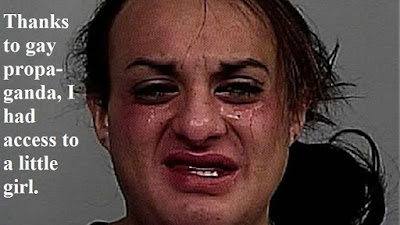 Yet again, a man is called a "transgendered woman" even after violating a little girl with his penis.  Yet again, the lack of common sense (the obvious mental instability of someone denying the reality of their own genitals) allowed this man to have access to children.  Now a young girl has been violated due to the insanity of the adults that she depended on to protect her.

Godless, open minded, politically correct people let this child come to harm.  The sexual trauma that the young rape survivor has just been through will very most likely affect her, to some degree, for the rest of her life.

This is one of the reasons I fight homofascist/genderinsanity propaganda.

In a common-sense society, no one would allow this insane freak near their children, much less into their own home.  This is why I don't care to run with the Godless people of this earth.  Ignoring God's Word allowed this man access to a child that he then raped.  A man like this would have never have had access to my child.  Never.

Full, gut-wrenching story here.
Posted by Mantronikk at 11:24 AM No comments:

James Van Der Beek speaks of homosexual pedophiles. (I thought that I had already posted this, but found it yesterday.)


Looks like the days of the "casting couch" are coming to an end.  Due to the world spotlight on Harvey Weinstein, sexual harassers, both gay and straight, are very most probably running for cover.

More info and second, brief video here.
Posted by Mantronikk at 9:46 AM No comments:


The Harvey Weinstein scandal has inspired actor Terry Crews to tell his account of homosexual harassment at a Hollywood party.

I remember, over thirty years ago, a brief moment of sexual harassment by the female Sergeant that taught the sexual harassment class of the Correctional Academy in which I was training.  I was standing in an open area talking to my fellow cadets when she, the female Sergeant, walked behind me so closely that the back of her hand brushed across my behind.  I didn't say anything to her or to anyone about the incident at the time, because I was in a powerless position, and I didn't think that anyone would believe me.  And I wasn't really offended; what she did was lightweight and unprovable.  She was very clever.

Anyhow, I have absolutely no doubt that Mr. Crews was sexually touched by a high-powered homosexual at a Hollywood party.  Don't Homosexuals and homosexual pedophiles run amok in Hollywood?

More info here and here.
Posted by Mantronikk at 5:54 PM No comments: 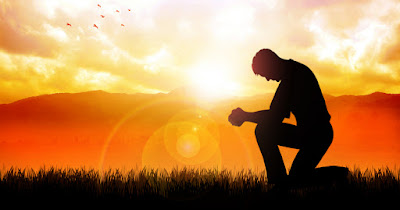 I pondered whether or not to address the Las Vegas massacre on this blog and I've come to the conclusion that to not say anything would be wrong.

I am sorrowful for the loved ones of the slain.  One of my ultimate nightmares was experienced by a man at this event; his wife dying in his arms having been shot by someone that they didn't even know.

When you know the Lord, and study his Word constantly as I do, you understand the evil mind and motivation behind this wicked and unnecessary act.  Because we are both servants of Jesus Christ, my wife and I would have both have gone on to eternal residence with the creator of the heavens and the earth if we were suddenly killed in this attack.

I don't care how unpopular it is to serve Jesus Christ... I'm all in.
Posted by Mantronikk at 1:02 PM No comments: