Georgia on my mind. 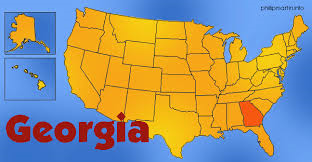 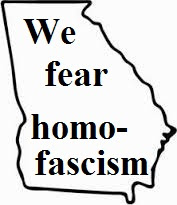 I believe that even the late Ray Charles would have been able to see the difference between race and sexual behavior.

I’ve been trying to address this case for the last eight days now, but I’ve been too busy. I was amazed at the threatened boycotts of Georgia by the homofascist community. Sadly, there are still people that don’t know the difference between race and sexual sin.  Not hiring someone because of their wrongful behavior isn’t always wrong.

The entire glbt community flagrantly rejects the commandments of Jesus Christ by their public, declared behavior. True, mature Christians do not hate, but do wish to separate from the glbt community and all who reject the truth.

“… The Georgia bill was intended to offer protections to faith-based groups if they, absent certain conditions, refused to provide “social, educational or charitable services that violate” their religious beliefs. The measure also would have allowed such groups, without legal repercussions, to avoid hiring anyone whose religious beliefs conflicted with those of the organizations. …”

Complete story here and here.
Posted by Mantronikk at 3:53 PM No comments:

The truth about gender will get you attacked.

If You tell the truth to the gay community, you will be attacked, hence the word "homofascism." It is a biological fact that human beings are either born male or female. This is truth drives the glbt community crazy. The truth drives homofascists crazy.
Posted by Mantronikk at 4:27 PM No comments: