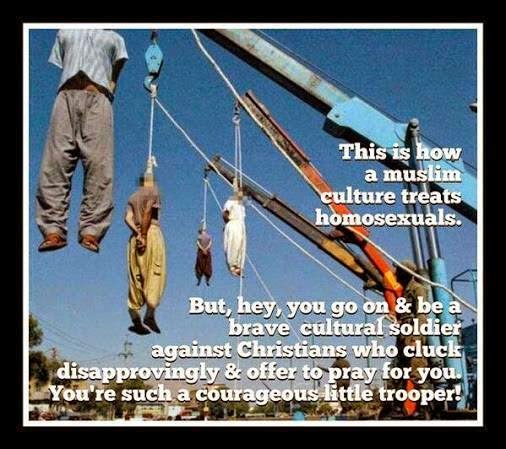 I've noticed that homofascists love to attack true Christians, but never speak out against Islam.  Why is that?
Posted by Mantronikk at 3:22 PM No comments: 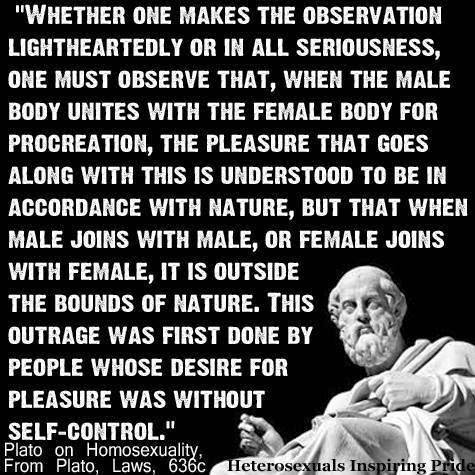 Posted by Mantronikk at 3:10 PM No comments:

He's not homosexual anymore, but (GASP!!) he's still black.  Can anyone tell me why this is?  Here's why.
Posted by Mantronikk at 3:02 PM No comments:

The most important part of this video is at 2:40 where this young woman makes a key statement regarding the root cause of same-sex attraction.

Concerning sexual abuse, the young woman says, "I... I personally was and I've never met anybody in the lgbt community that hasn't been abused in some way."

Despite my compassion for those who suffer from same-sex attraction due to childhood sexual abuse, I still stand on God's definition of marriage.  I can love the members of the glbt community, and still believe that marriage is between one man and one woman.
Posted by Mantronikk at 2:21 PM No comments:

The reason I love the Word of God so much is that it insulates my heart and mind from the insane concepts and behaviors that plague humanity. Popular opinion will come and go, but no human being or organization can figure out absolute, permanent truth without studying the Word of God.

This man, who calls himself Fallon Fox, has no business fighting a woman unless that woman physically attacks him first.

A human being cannot change their sex; and sex and gender are inseparable.  When it comes to “transgendered” people the Word of God says… this.

When it comes to men who want to become women the Word of God says… this.

When it comes to the physical differences between men and women, the Word of God says this.


Anyhow, below are excerpts from the story for today’s post.

“… “I’ve never felt so overpowered ever in my life.”

“I’ve fought a lot of women and have never felt the strength that I felt in a fight as I did that night. I can’t answer whether it’s because [he] was born a man or not, because I’m not a doctor,” she stated. “I can only say, I’ve never felt so overpowered ever in my life, and I am an abnormally strong female in my own right. ”

His “grip was different,” she added. “I could usually move around in the clinch against…females but couldn’t move at all in Fox’s clinch.”

…Soon, Brents turned her back to avoid damage, where she took approximately 45 seconds of elbow and fist strikes – many blocked by her hands and arms – before the referee stopped the fight.

…Because Fox had transgender surgery so late in life, however, Rousey said that he shouldn’t fight women.

…Has the world really lost this much of its mind? …”

The full, ridiculous story is here.

Posted by Mantronikk at 11:02 AM No comments: 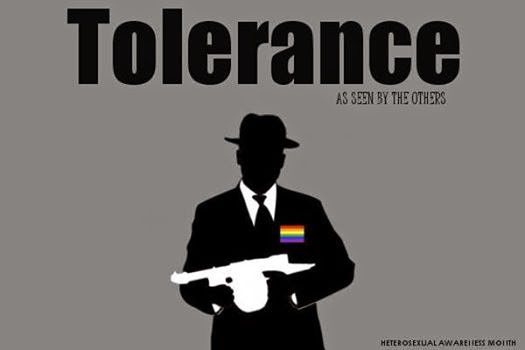 Posted by Mantronikk at 8:33 AM No comments: 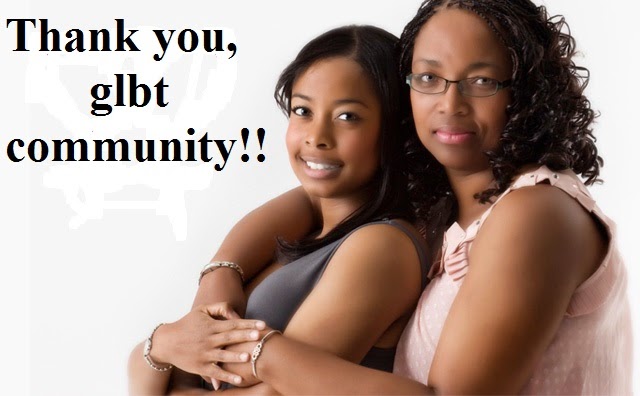 "... “Vertasha and I knew we were attracted to each other when she was sixteen,” Mary Carter said. “But we decided to wait to have sex until she was eighteen, legally of age. We are now going public with our relationship to help others who might be in gay mother/daughter relationship feel confident and okay about coming out. We want the world to know we love each other as mother and daughter and romantically.” ..."

The unmoored minds of the women in the picture above have given the word "heteroseparatist" yet more validity.  A mother and daughter having sex with each other and broadcasting it to the world!!!  Can ANYONE challenge the validity of my heteroseparatism now!!

What is so threatening to those that support the redefinition of marriage?  Are marriage redefiners afraid of a little chicken sandwich?  Is this chickphobia?

I now live in a world where believing that a marriage is between one man and one woman is considered "bigotry."

More info here.
Posted by Mantronikk at 11:19 PM No comments: 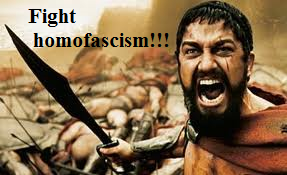 I found this weapons cache yesterday and I thought I was going to faint.

The world is waking up to homofascism.
Posted by Mantronikk at 9:39 AM No comments:

Many Godless and deceived people think that the followers of Jesus Christ were defending His definition of marriage out of animus for the glbt community.  They are wrong.

Matthew 19:6  So they are no longer two, but one flesh. Therefore WHAT God has joined together, let no one separate.

The “what” in Matthew 19:6 pertains to God’s definition of marriage.  This verse does not just condemn adultery because the same “what” that is transliterated from the Greek word “hos” is also used in…

Matthew 6:8    Be not ye therefore like unto them: for your Father knoweth what things ye have need of, before ye ask him.

Matthew 7:2  For with what judgment ye judge, ye shall be judged: and with what measure ye mete, it shall be measured to you again.

Matthew 10:27  What I tell you in darkness, that speak ye in light: and what ye hear in the ear, that preach ye upon the housetops.

Matthew 20:15  Is it not lawful for me to do what I will with mine own? Is thine eye evil, because I am good?


The redefinition of marriage corrupts the original purpose that the Unites States of America was founded for.  Should a person who lives their life by the commandments of Jesus Christ be punished by the government in the United States of America?  How come members of the glbt community never provoke Muslims?

More info here.
Posted by Mantronikk at 8:51 AM No comments:

Yes, gay behavior is a choice. 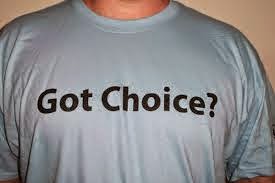 Because of an unusual day off, I found an interesting article today. This article was written by an ex-bisexual man and has some valuable information that seems to make the glbt community really angry. The truth almost always angers those that are living a lie.

… The basis on which to define people as “anti-gay” has, however, taken a turn to the absurd (and eerie).

… Crystal Dixon of the University of Toledo was fired for writing an editorial in a local newspaper.

… While I have tired of penning editorials about gay controversies, the situation is dire. I feel compelled to write a column once again emphasizing a basic reality: gay sex is a choice. Nobody lacks the power to refrain from having gay sex. Get. Over. It.

… To which I say the following:
Does anybody who uses the term LGBT remember the “B” in that God-forsaken acronym? Hello? There are bisexuals. I am one of them. Why include us in these categories if you think we don’t exist?

… They take conscious choices — where do you hang out? What are you looking for? What type of partner shares your goals? Whether to hang out in gay clubs or straight clubs makes a huge difference; these are completely different cultures. We choose the life we want to live (or leave, for that matter).

… Even gay men still choose which sex acts they commit. I hate to admit this, but I worked as a housekeeper in a gay sex club in Manhattan in the early 1990s, when I was desperate for work. I witnessed, literally, thousands of men having sex in the open …

… Many men get involved in the gay scene for unexpected reasons. Many of them want fast and inexpensive sex, sometimes because they have trouble with women. They can go to a bathhouse or a cruising zone and pick up men without paying the fortune they’d have to spend on a prostitute.
Moreover, a lot of times I saw people who were addicted to drugs and addicted to anonymous sex; the two compulsions were linked somehow, and there was no way for such people to quit their addiction without quitting their homosexuality.

… Lastly, a lot of men came to the gay sex scene in order to engage in bondage and sadomasochism, because they were raped as boys. The aftereffects of sexual assault, as we know from studying female rape victims, are complicated and often lead people to repeat or recreate the assault scene. Many of these mentally scarred men did not even have sex in sex clubs, even though they sought male partners to enact their eroticized simulations.

… Lastly, I am left with my own life story. I can’t change it. I went from being in the gay lifestyle to marrying a woman, having a daughter, and living a happy heterosexual life.

Consider the difference that twenty years make. Twenty years ago, I had never been with a woman, but I had had relations with quite a few men. Virtually all of my friends were gays, lesbians, or women who enjoyed gay company. I found girls pretty, but I was scared of them. Most of them were not attracted to me because I was effeminate.

Now I am twelve years into a happy and faithful marriage to a woman. I sinned at different times, but talking things over with people helped me overcome my harmful behavior. I begged God for forgiveness. You couldn’t pay me to have sex with a man at this point in my life.

… no penis is beyond the executive decisions of its owner,

… In short, it’s time for gay rights activists to get off their high horses and let other people live.

Full article here.
Posted by Mantronikk at 2:09 PM No comments:

The showers in the Rams locker room are still safe. 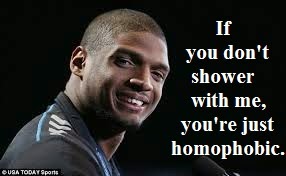 Why is it okay for a woman to object to a man staring at her breasts or her behind and consider such staring to be sexual harassment, but it's "homophobic" for a heterosexual man to object to being ogled, while naked in the shower, by an openly gay man?  Would a Rams player be fined or suspended for refusing to tolerate homosexual harassment?  I wouldn't be a bit surprised if he were in our increasingly homofascist culture.

Didn't Michael Sam announce to the world that he has sex with men?  That's all I would need to know to refuse to shower with him.  If I were to catch him staring at me, there would be words, and if he responded with any type of contempt or homofascist propaganda, there would be a fist fight. Then, I would be condemned by those who can't tell the difference between race and sexual behavior.

The word "gay" reveals content of character, the word "black" does not.

Amazingly, there are still people that can't tell the difference between race and sexual behavior, and this article proves it.

More info here.
Posted by Mantronikk at 2:45 PM No comments: