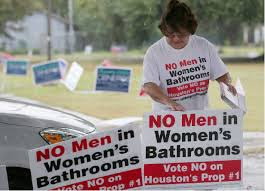 A female has the right to not have male eyes on her when she is in the women's restroom or locker room.  Nobody with a penis should be in women's spaces.  Gender dysphoria does not give a person the right to invade the private places of the opposite sex.  Is it "discrimination" to tell a man that he cannot enter a women's locker room?

Sex and gender are real and inseparable.


Posted by Mantronikk at 2:54 AM No comments:

The overdue fall of Milo Yiannopoulos. 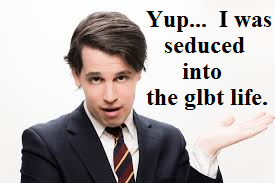 I never heard much about this Milo dude.  I saw that he was a homosexual with a big mouth on some news show or something, so I changed the channel and went on about my business.  But this guy's been all over the news over the last few days so I looked into what was going on and, lo and behold, Mr. Yiannopoulos confirms what I've been saying from day one of this blog; young boys are seduced into homosexuality by older homosexuals.

Same-sex attraction comes from a wounded psyche that wants to stay in denial.  It's that simple.  The last ten seconds of the video below completely support my observation.

I almost didn't use this video because of the profanity but it was too valuable to not use.  Fast forward to 1:40 to skip the profanity.

Posted by Mantronikk at 11:44 PM No comments:

Punished for thinking the truth. 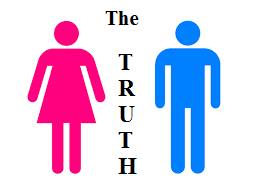 Yet again, the non-hetero community amazes me.  And, now that I think of it, why don't non-hetero people call their community the "NHC"?  I mean, when I was pulled into this culture war, my attackers called themselves, "glbt."  Now, it's "lgbt."  But in the linked article below it's "BGLTQ+."  What?!  How am I supposed to keep up with the ever-changing, alphabet-soup-mix of the glbt community?

Is anybody else suddenly hungry for a sandwich?  I now want a bacon, guacamole, lettuce, and tomato sandwich from Quiznos!

"Students said that such a setup was insufficient because it implied that the “gender binary” was “normal.” “Calling gender non-conformity or any gender non-binary identity ‘extra’ is sort of tactless nomenclature,” one student told the Harvard Crimson."

"The task may be difficult. As Kuang points out, in order to create matches, the program has to separate users into specific categories and then compare the data they input into the system. Without some categories, the program simply won’t work —but it’s also impossible to make enough categories to encompass everyone of every gender, particularly those whose gender is highly individualized."

Full info here.
Posted by Mantronikk at 1:40 AM No comments:

So called "transgender" inmate having sex with female inmates.


While I was researching a story on an inmate who claimed to be a woman trapped in a man's body, I found a video so powerful that it altered my planned post.  And I'm going to showcase it first...

It's not that the entire video isn't completely truthful, but the first six minutes of the above video shocked me. Ben Shapiro made my point against the delusional state of the so-called "transgendered" mind in an astoundingly efficient manner.  And I love efficiency.

Anyhow, I was researching a story about a man claiming that he is a woman, and his bullcrap was accepted as truth due to the propaganda from the glbt community.  But he is believed to have been using his penis with the female inmates that he was briefly housed with in an English prison.

The story I was researching is here.
Posted by Mantronikk at 2:40 AM No comments:

It's simple: boys in the Boy Scouts, girls in the Girl Scouts. 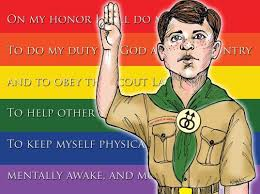 Its very simple.  It's all in the very title of the two organizations.  Boy Scouts.  Girl Scouts.  One's gender is essential for membership.

What has this world come to when, "I want to be a boy," is accepted as truth when the person making the statement was born female?

More detailed information here and here.
Posted by Mantronikk at 6:01 AM No comments: