As I was pondering how to approach two different subjects like the Supreme Court and the Christian Fire Chief that was fired for never discriminating against a glbt person, I found this video.

Posted by Mantronikk at 10:12 AM No comments:

More info here.
Posted by Mantronikk at 1:38 PM No comments:

I denounce what the speaker in this video says at 8:20.  God never refers to homosexuals as "pigs" in the Bible.

The story told in this video is gut-wrenching and I almost didn't post it.  However, I wanted to show the accuracy of the Word of God...  (The highlighting below is my doing because of the horrific details of this story.)

27 In the same way the men also abandoned natural relations with women and were inflamed with lust for one another. Men committed shameful acts with other men, and received in themselves the due penalty for their error. 28 Furthermore, just as they did not think it worthwhile to retain the knowledge of God, so God gave them over to a depraved mind, so that they do what ought not to be done. 29 They have become filled with every kind of wickedness, evil, greed and depravity. They are full of envy, murder, strife, deceit and malice. They are gossips, 30 slanderers, God-haters, insolent, arrogant and boastful; they invent ways of doing evil; they disobey their parents; 31 they have no understanding, no fidelity, no love, no mercy.


When I was young, I inadvertently tested the Word of God by dating non-Christian women.  I found out (the hard way) that the Word of God will prove to be true, no matter how far-fetched it may seem at first.  The Word of God reveals the ugly truth about the glbt community.

Posted by Mantronikk at 1:28 PM No comments:

Simon LeVay denounces his discovery of the "gay gene."


Like my blog, this extensive video tears down a lot of the propaganda of the glbt community.

At 16:18, Simon LeVay and Dean Hamer are both homosexuals.

At 19:54, the APA denounces a biological case for homosexuality.

At 23:55, the civil rights requirements are not met by the glbt community.

Then there's all of the information in between the abovementioned time points.  Wow.  I love this video.
Posted by Mantronikk at 10:45 AM No comments:

Third Annual Corkins Award. (Homofascist of the year for 2014.) 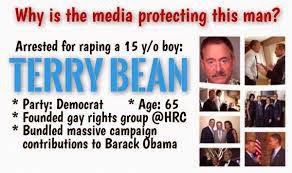 I'm so glad that the holidays are over and that this is the first true work week of 2015.  Now I can get back to the business of fighting homofascism with the third annual Corkins award.  The Corkins Award for 2014 was an open and shut case; the co-founder of the HRC, America's largest homofascist organization, raped a 15-year-old boy.

The HRC logo has now been (further) polluted.  The people I see with this sticker... 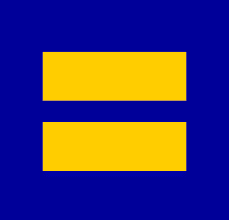 are now showing their support for men who have sex with boys.  More info here.
Posted by Mantronikk at 7:02 AM No comments: