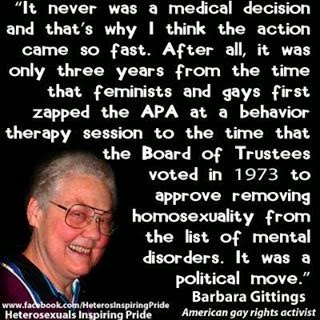 Updated link (thank you Mr. Perera!) here.
Posted by Mantronikk at 11:21 AM 2 comments: 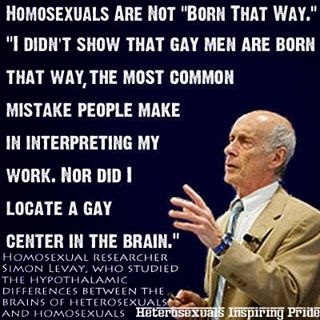 Posted by Mantronikk at 11:13 AM No comments: 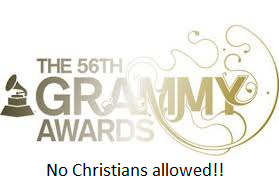 I had every intention of watching the Grammy's last night but I got tired and fell asleep.  I knew that, if Lorde didn't win best song of the year for Royals, then the Grammy Awards were full of crap.

Then, lo and behold, I wake up to find out that the anti-Christ, redefinition of marriage was mixed in with true marriage at the end of the Grammy Awards last night. Even though it was apparently at the end of the show, I'm glad I missed it.

Sad story here and here.
Posted by Mantronikk at 11:07 AM No comments: Posted by Mantronikk at 6:20 AM No comments: 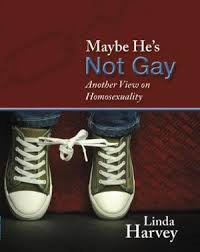 Full story here.
Posted by Mantronikk at 5:36 AM No comments:

Men who have sex with men 150 times more likely to catch AIDS. 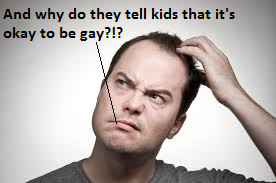 "...the risk of HIV infection from sexual contact for MSM was approximately 150 times greater than the heterosexual male population in 2010."

Despite scientific, medically proved data, there are still people that want to tell children, without the consent of their parents, that entering the glbt community is okay.

The link to my supporting info is here. 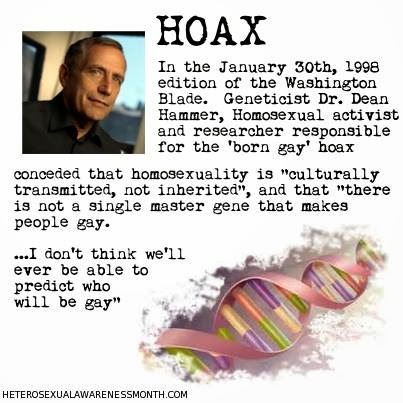 I was seriously considering posting on the Evander Holyfield case when I stumbled upon this jewel.  In my efforts to find the original article in/on the Washington Blade I have only found this found this so far.
Posted by Mantronikk at 7:04 PM No comments:

Why is the definition of a true marriage always called, "...a same-sex 'marriage' ban..." by the mainstream media?  Why is this manipulative, incendiary, terminology the go-to phrase of so many?  This is the type of mislabeling that inspired me to create the word "heteroseparatist" in the first place.  Because of my childhood, misinformation drives me up the wall.

Story here and here.
Posted by Mantronikk at 9:13 AM 25 comments:

Second Annual Corkins Award. (Homofascist of the year for 2013.) 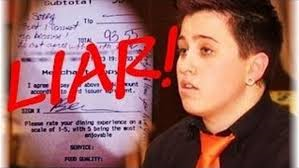 Heteroseparatist.com's second annual Corkins award (for 2013) goes to Dayna Morales, in the picture above.

Ms. Morales told a lie on a heterosexual couple who had done nothing wrong to her.  Not only did the heterosexual couple do her no harm, they had over-tipped her for her waitressing.  An undeserved attack from a homofascist is the type of behavior that created this very blog.

Story here.
Posted by Mantronikk at 6:15 AM No comments: