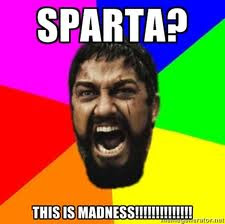 A five year old boy in England decided, when he was four, that he wanted to be a girl, and his parents don't have the guts or the moral clarity to tell him that he cannot be a girl. Not only that, the NHS in England doesn't have the guts to tell this boy's parents that THEY are nuts. Is the NHS crazy?
What part of the word "disorder" don't the adults involved in this case understand? "Disorder" means that something is not IN order. If a person has a disorder, that means that something has gone wrong. Has glbt propaganda gained such a foothold in the minds of Godless people that this madness exists? People are now afraid to tell a little boy that he cannot be a girl?
This is madness!!
Posted by Mantronikk at 1:54 PM