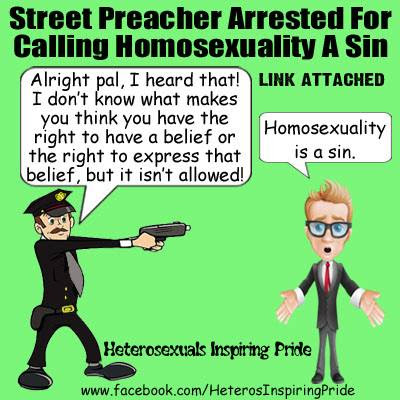 If a man were standing on a British street corner verbally advertising a gay nightclub, would he be arrested?  Why then was Tony Miano arrested for preaching what the Word of God says about sexual sins?  He included fornication and adultery, but when he spoke about homosexuality... a woman called the cops and he was arrested.  How come people who have sex outside of marriage and people who cheat on their spouses don't get nearly as upset as do gays when they hear about their sexual sins?