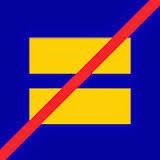 The grotesque, original info supporting my post is here.
Posted by Mantronikk at 9:45 PM