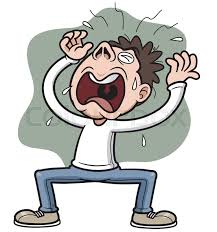 Yep. My heart almost skipped a beat when I saw this story.

What if this girl changes her mind in the future and decides to prosecute the gym teacher and every boy that saw her undress for sexual harassment!?  What about the boys who don't want to undress in front of a girl in a boys locker room?  I guess they're just "transphobic."

I don't even want to speak to people who think that there's nothing wrong with a girl undressing in a boy's locker room.

“…The guide declares that “transgender and gender nonconforming students have the right to use the locker room facility that matches their gender identity,” and tells teachers to “refrain from talking to anyone else about” a student “coming out” as homosexual or transgendered, “including their parent(s).”

Calling the case a contender for “most insane story of the year,” conservative commentator Andrew Klavan said it was an example of “how the Left is making people safe for their transgenderism, they’re trying to force an adult male to watch an underage girl undress. Everything they do turns out the opposite of what they say they intend. It makes you wonder about their intentions." …”