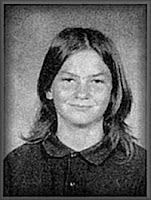 We're approaching the tenth anniversary (Sept.26th) of the murder of Jesse Dirkhising. This young boy was held hostage and repeatedly raped by a pair of gay men and died as a result of their raping him, yet his death received less than one percent of the coverage that the death of Matthew Shepard did. It's clear to me that the mainstream media didn't want to appear "homophobic" by shining the light of truth on this child's death. Amazing. The GLBT community is so feared by the mainstream media that two homosexual men can literally rape a young boy to death and be ignored by mainstream (ABC, CBS, CNN, and NBC) news sources. This is the type of injustice that empowers me, the rape of this young boy.
Posted by Mantronikk at 4:04 AM