"...and design their own tradition." 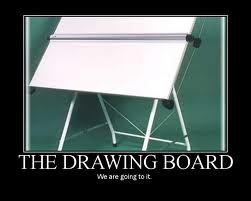 I had to create the words "heteroseparatist," "heteroactivist," and "heteroadvocate," to describe a rational, hate-free rejection of the glbt lifestyle. How come the gay community can't create a word to describe a union between two people of the same sex instead of trying to hijack the word "marriage"?

A loyal reader who also happens to be a powerful heteroactivist, brought to my attention an article written by a homosexual who opposes the redefinition of the word “marriage.” This is a rare thing, but there are some gays who can punch through homofascist propaganda and see that a true marriage is all about the acknowledgement of gender and not the ignoring thereof. Words are very important, and the word “marriage,” belongs to heterosexuals.

“…Many attribute homophobic motives to the signers. In some cases, that may be true. I am certain that the vast majority are others who, like me, simply view “marriage” as an immutable term that can only apply to heterosexuals. It’s undeniable that, from age to age, marriage has been humanity’s greatest success and source of prosperity, crossing all cultures and religions. We shouldn’t mess with it.


…Full disclosure: I am gay. A few years ago, I was on the other side of the fence on this topic. But the more I read, thought, investigated and attempted to defend my position, the more I realized that I couldn’t. I feel very strongly that gay relationships should be supported by society. I have grown convinced, however, that the term “marriage” should not be altered or adjusted in any way.

…Let’s face it: We should not attempt to force into an old construct something that was never meant for same-sex partnerships. We should welcome the opportunity to christen a new tradition, beginning a new chapter in the history of gays and lesbians within American society. Same-sex relationships are different from heterosexual relationships, and gay men and lesbians need to accept that and design their own tradition. …”