The Secular Case Against Gay Marriage. 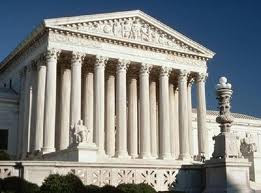 by
ADAM KOLASINSKI
The debate over whether the state ought to recognize gay marriages has thus far focused on the issue as one of civil rights. Such a treatment is erroneous because state recognition of marriage is not a universal right. States regulate marriage in many ways besides denying men the right to marry men, and women the right to marry women. Roughly half of all states prohibit first cousins from marrying, and all prohibit marriage of closer blood relatives, even if the individuals being married are sterile. In all states, it is illegal to attempt to marry more than one person, or even to pass off more than one person as one’s spouse. Some states restrict the marriage of people suffering from syphilis or other venereal diseases. Homosexuals, therefore, are not the only people to be denied the right to marry the person of their choosing.

I do not claim that all of these other types of couples restricted from marrying are equivalent to homosexual couples. I only bring them up to illustrate that marriage is heavily regulated, and for good reason. When a state recognizes a marriage, it bestows upon the couple certain benefits which are costly to both the state and other individuals. Collecting a deceased spouse’s social security, claiming an extra tax exemption for a spouse, and having the right to be covered under a spouse’s health insurance policy are just a few examples of the costly benefits associated with marriage. In a sense, a married couple receives a subsidy. Why? Because a marriage between two unrelated heterosexuals is likely to result in a family with children, and propagation of society is a compelling state interest. For this reason, states have, in varying degrees, restricted from marriage couples unlikely to produce children.

Granted, these restrictions are not absolute. A small minority of married couples are infertile. However, excluding sterile couples from marriage, in all but the most obvious cases such as those of blood relatives, would be costly. Few people who are sterile know it, and fertility tests are too expensive and burdensome to mandate. One might argue that the exclusion of blood relatives from marriage is only necessary to prevent the conception of genetically defective children, but blood relatives cannot marry even if they undergo sterilization. Some couples who marry plan not to have children, but without mind-reading technology, excluding them is impossible. Elderly couples can marry, but such cases are so rare that it is simply not worth the effort to restrict them. The marriage laws, therefore, ensure, albeit imperfectly, that the vast majority of couples who do get the benefits of marriage are those who bear children.

Homosexual relationships do nothing to serve the state interest of propagating society, so there is no reason for the state to grant them the costly benefits of marriage, unless they serve some other state interest. The burden of proof, therefore, is on the advocates of gay marriage to show what state interest these marriages serve. Thus far, this burden has not been met.

One may argue that lesbians are capable of procreating via artificial insemination, so the state does have an interest in recognizing lesbian marriages, but a lesbian’s sexual relationship, committed or not, has no bearing on her ability to reproduce. Perhaps it may serve a state interest to recognize gay marriages to make it easier for gay couples to adopt. However, there is ample evidence (see, for example, David Popenoe’s Life Without Father) that children need both a male and female parent for proper development. Unfortunately, small sample sizes and other methodological problems make it impossible to draw conclusions from studies that directly examine the effects of gay parenting. However, the empirically verified common wisdom about the importance of a mother and father in a child’s development should give advocates of gay adoption pause. The differences between men and women extend beyond anatomy, so it is essential for a child to be nurtured by parents of both sexes if a child is to learn to function in a society made up of both sexes. Is it wise to have a social policy that encourages family arrangements that deny children such essentials? Gays are not necessarily bad parents, nor will they necessarily make their children gay, but they cannot provide a set of parents that includes both a male and a female.

Some argue that homosexual marriages serve a state interest because they enable gays to live in committed relationships. However, there is nothing stopping homosexuals from living in such relationships today. Advocates of gay marriage claim gay couples need marriage in order to have hospital visitation and inheritance rights, but they can easily obtain these rights by writing a living will and having each partner designate the other as trustee and heir. There is nothing stopping gay couples from signing a joint lease or owning a house jointly, as many single straight people do with roommates. The only benefits of marriage from which homosexual couples are restricted are those that are costly to the state and society.

Some argue that the link between marriage and procreation is not as strong as it once was, and they are correct. Until recently, the primary purpose of marriage, in every society around the world, has been procreation. In the 20th century, Western societies have downplayed the procreative aspect of marriage, much to our detriment. As a result, the happiness of the parties to the marriage, rather than the good of the children or the social order, has become its primary end, with disastrous consequences. When married persons care more about themselves than their responsibilities to their children and society, they become more willing to abandon these responsibilities, leading to broken homes, a plummeting birthrate, and countless other social pathologies that have become rampant over the last 40 years. Homosexual marriage is not the cause for any of these pathologies, but it will exacerbate them, as the granting of marital benefits to a category of sexual relationships that are necessarily sterile can only widen the separation between marriage and procreation.

The biggest danger homosexual civil marriage presents is the enshrining into law the notion that sexual love, regardless of its fecundity, is the sole criterion for marriage. If the state must recognize a marriage of two men simply because they love one another, upon what basis can it deny marital recognition to a group of two men and three women, for example, or a sterile brother and sister who claim to love each other? Homosexual activists protest that they only want all couples treated equally. But why is sexual love between two people more worthy of state sanction than love between three, or five? When the purpose of marriage is procreation, the answer is obvious. If sexual love becomes the primary purpose, the restriction of marriage to couples loses its logical basis, leading to marital chaos.

Adam Kolasinski is a doctoral student in financial economics.
Posted by Mantronikk at 6:00 AM