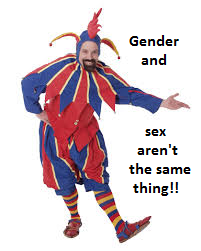 When people are educated out of their common sense, they start taking words like "transgendered" seriously.  Amazing.  If you were born with... well, I've said it enough already.

Anyhow, a person who believes that they are male when they were born with a vagina already has some serious issues, but I would have thought that members of the glbt community would have realized the importance of NOT faking attacks on themselves by now.  Yesterday morning, I was all puffed-up to denounce the violence against this "transgendered" teen, then the story turned out to fake.  Amazing.

Apparently, even when nobody is attacking, some gays have to fake attacks to feel oppressed to feel legitimate.  Strange.