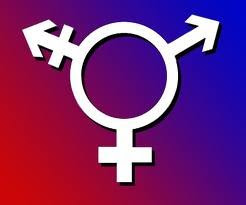 What a way to start 2012!
The glbt community used to scoff at and ridicule people who would say that they were after children. Now, the gay community doesn't even try to hide their efforts to circumvent the parental civil rights of those who don't think that homosexuality is normal.
The highlighting in red below is my doing.

“...SB 543, signed by Gov. Arnold Schwarzenegger in 2010, “allows school staff to remove children ages 12 and up from government schools and taken off-campus for counseling sessions, without parental permission or involvement. The purpose is to permit pro-homosexuality teachers and administrators to remove sexually confused children in 6th grade and up from campus and take them to pro-homosexuality counselors who will encourage them to embrace the homosexual lifestyle.” ...”

“...Said the email, according to Thomasson, “You were right: Our daughter was told she had to attend a gay straight alliance rally to honor Harvey Milk. … She shared she was a Christian with the teacher and only after she saw Lauren was clearly upset about going to this rally did she issue her a hall pass. She was persecuted by another student but made it out of the class. I picked up her and she was very upset. How many other Christians were forced to go to this rally?” ...”

“... “Parents, realize there was NO advance parental notification of this happening or the opportunity to opt out your children. Even more, realize there was no parent permission sought, no opt-in form to sign. No, Harvey Milk sexual indoctrination, and other sexual indoctrination implemented, because of other perverse laws are being done behind parents’ backs and despite parents’ objections,” Thomasson’s report said. ...”