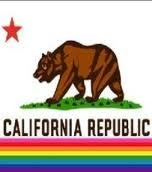 Today was the last day for the Governator or the attorney general of California to file court papers to defend Prop 8, yet neither one will defend this particular part of California law.
What would these two politicians do if the situation was reversed, and there were county or city clerks that refused to perform homosexual "marriages"? If Prop 8 had been defeated, and there were government officials that refused to cooperate with the processing and performance of homosexual "marriage," what would Arnold or Jerry Brown do about it? Would they be silent and passive? No they wouldn't. Anyone in California's government that refused to cooperate with homosexual "marriage" would be promptly fired. Story here.
Posted by Mantronikk at 2:43 PM