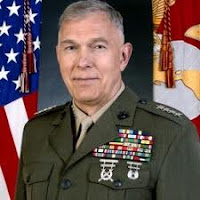 As much heterosexual love that I have for President Obama, I don't think that he's looking at the repeal of DADT from the correct prospective. The prospective of those whose daily lives are most affected.
NOTHING unnecessary should be forced upon a man who risks his life on the battlefield for his country. And all reasonable requests from that man should be met without question or hesitation. ALL reasonable requests.
It is a reasonable request for a infantryman to not want to bunk or shower with a homosexual, just as it is reasonable for a woman in the military to not want to shower and bunk with a man. This truth is something that cannot be denied by a reasonable, clear-thinking person. Why then, is the repeal of DADT even being considered when homosexuality is (yes I'm going to say it yet again) behavior, not race.
Story here.
Posted by Mantronikk at 7:36 PM