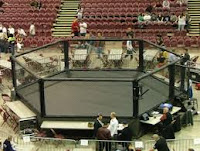 Well beloved readers it's happened again. A homosexual is mad at me for using my freedom of speech, (that I have paid for via income tax) to denounce an act of arson against the property of a gay man. I'm not making this up.
This little heckler calls himself, "Absolutely Not Annonymous." He rejects Jesus Christ, has sex with men, and he's mad at me. He's been accusing me of some wanting to "wish gays out of existence," and other homophobic beliefs. He apparently hates my hate-free refusal to support the glbt community and his gay lifestyle. His attacks have become really hard to understand, so I'm going to give him his own post so we can fight one-on-one. As always, I will allow no one but him to comment on this post. I know how heckler-class gays like to group-attack.
I'm making him choose a shorter name so we can talk. I think that that's fair. I'm not going going to cite such a long name every time I address him here and in future posts.
So... "Absolutely Not Annonymous," until you face me here, your comments won't be posted. So identify yourself, tell me what you've chosen for your shorter name... and BRING IT! 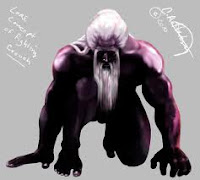