So voting on marriage is okay now?? 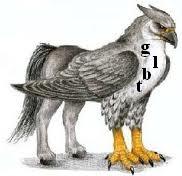 What happened?  I thought that voting on the definition of marriage was unconstitutional?  That's what the homofascists say in California.