The end of a Clash with sexual insanity. 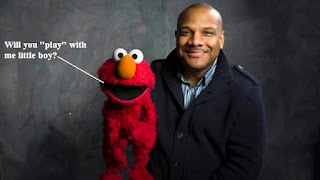 Now, a second man has come forward saying that he had sexual contact with Kevin Clash when he was 15.  I'm shocked!!  (Not!!)

"...Then on Tuesday, a lawsuit was filed in federal court in New York charging Clash with sexual abuse of a second youth. The lawsuit alleges that Cecil Singleton, then 15 and now an adult, was persuaded by Clash to meet for sexual encounters. ..."

Links to my supporting info are here and here.
Posted by Mantronikk at 1:54 PM