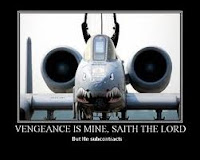 My beloved readers. Welcome. And thanks for showing up. I've decided to conduct an experiment/operation, and I need your help.


In August 2007, I created the word "heteroseparatist" to separate from those who worship homosexuality, those who joined the glbt community, and also those who want to harm gays.


I though that my word and the definition thereof would be enough to silence any homofascist attacks and false accusations of "homophobia," since I denounced any intention to persecute gays. I made this clear in my Internet manifesto. Yet there remains a former homoSith (Darth Tush?) that still, for some reason, reads my blog diligently when I have stopped reading his over ten months ago. I think he's jealous of my originality and upset at how his homosophistry has been so ineffective against me.


He goes by many names; Rob Tish, Rob Tisinai, "anonymous," "Squarejaw," "The truth behind the facade," and "The truth you have to see." He's quite amusing.


A story out of the Bible shines the light of the Lord on the conduct of Rob Tish. The parable is in the book of Matthew and it is about how man B gets mad at man A and creeps into the freshly planted garden of man A, while everybody in their neighboorhood is sleeping, and plants weed seeds next to man A's wheat seeds.


I plan on posting the "before" and "after" numbers concerning, "The truth behind the facade," a few days or weeks from today. I also plan to conduct this experiment again after the start of my advertising campaign, but I will launch phase 1 now due to the increased traffic on my blog.


To show to his supporters what Rob Tish is all about, I will rename the Tishini formula to, "Mantronikk's formula," IF Rob Tish will renounce, in the comment section of this post, how some in the glbt community want to recruit children INTO the glbt community WITHOUT the consent or knowledge of their parents. If he continues to refuse to do so, it will clearly show that he is all talk when it comes to,"Protect the Children (and mean it)."


Help me fight homofascism!!
Posted by Mantronikk at 5:59 AM