What gays want to teach children. 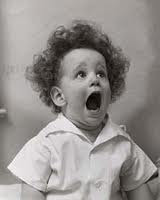 The glbt community is constantly crying out about just wanting to be treated with dignity and respect, and then turn around and force a classroom of kindergartners to view a film glorifying homosexuality without the consent or knowledge of their parents. This is the dark side of homofascism that I specialize in exposing.
"...children as young as kindergarten were being subjected to pro-LGBT films and instruction, with no notice or opportunity to opt out."
"...the film "Straightlaced," which extols homosexuality and transsexuality while attacking gender norms, was shown to Vallejo high school students this past Friday with no advance notice to parents."
Is this what the glbt community wants? Unfettered access to other people's children? Would gay "parents" tolerate people approaching their children without their consent? What would happen if a pro-Christianity film were shown to the children of gay "parents," in grade school, without any parental consent? How would the gay community react to that? Would the glbt parents be called, "Anti-Christ," for objecting to a Christian end-run around their parental rights? How come gays can do anything they want to children and still be protected?
My evidence is here.
Posted by Mantronikk at 6:48 PM