Damian Goddard back to work. 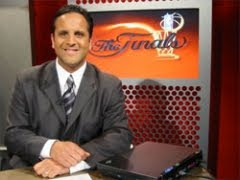 I’ve wondered how my life will change if a public figure ever uses the word "heteroactivist," or “heteroseparatist” to describe their feelings toward the glbt community. Most gays and all homofascists are very angry at me for creating these hate-free words that denounce homosexuality AND hatred at the same time. I even have a few cyberstalkers that have been banned from my blog that don’t know that I can block their comments without reading them!
I feel so sorry for those that support the redefinition of marriage because they are fighting against the will of God and, therefore, doomed to failure.
Anyhow, the hand of God is behind Mr. Goddard’s becoming a spokesman for the Marriage Anti-Defamation Alliance.
“...Last week, Goddard became the spokesman for the U.S.-based Marriage Anti-Defamation Alliance, a project by the National Organization for Marriage dedicated to supporting pro-family citizens who face threats for expressing their views.
... Goddard says he was given a “ringing endorsement” only a week before his dismissal.
“I have to believe this is the work of the Holy Spirit,” he said. “I’ve not solicited my story to anyone. People just seem to be kind of coming to me, and I have to believe this is to bring glory to Him in some sense.”
“When people are afraid to speak up for losing their job, then obviously we’re not two steps away from people being afraid to speak up because they’ll lose their freedom and they’ll be hauled off to jail,” ...”
Full story here and here.
Posted by Mantronikk at 10:18 AM