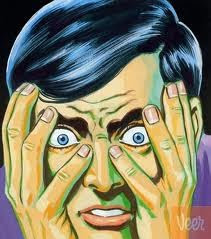 I know what I’d do if I saw a man raping a child. The rape would come to a sudden stop, since the rapist wouldn’t be able to move at all once I got close enough to him. Then I would lead the police to the child. Then, if I saw the rapist walking around town going about his life as if nothing ever happened, I would contact the District Attorney and ask why a child rapist was walking the streets.

Yet in the Penn State child rape case, it looks as if someone was afraid of being “homophobic,” so, in this world of bltg propaganda, a man can be SEEN RAPING A BOY, and be protected from arrest/justice. And some gays want ME to be silent? I don’t think so.

“...Paterno was later fired by the university board of trustees for not doing more to report allegations of child sex abuse by his former defensive coordinator Jerry Sandusky, who retired in 1999.

And now a glorious era is finished, demolished beyond redemption. The scandalous end of Paterno’s career has wiped out the university’s sterling reputation and shattered the trust of an entire sport. Riots by crackpot students and death threats punctuate the madness.

It could be a long time before we know the full extent of the pedophilia horror allegedly perpetrated by a former coach and the outrageous silence of many, perhaps dozens, of people. But already the most important lesson is clear. Civilizations, from single universities to national cultures, must be defended with relentless vigilance and courage, or they will not survive. Only the details of their demise will differ.

A sage, perhaps Edmund Burke, once said, “All that is necessary for the triumph of evil is that good men do nothing.”

And so the whole enterprise lies in shambles, everyone associated with it tarnished and generations of adherents suffering an angry loss of faith.

Yet the rot was quietly hollowing out the foundation. The first report that respected coach Jerry Sandusky was a pedophile was quietly investigated, and dropped without explanation in 1998.

Other reports followed, with the most important one coming in 2002, when a young assistant said he spotted Sandusky, then retired, raping a child in a locker-room shower. The assistant told Paterno, who told his supervisors -- but nobody told the police. So Sandusky, according to the shocking indictment against him, was allowed to continue his predations for nine more years.

The price for that shameful silence must be measured in tens of millions of dollars, reputations lost and lives ruined. ...”

Complete story here.
Posted by Mantronikk at 6:12 AM