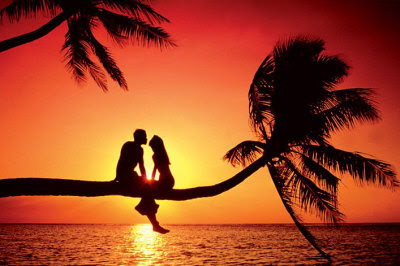 Through biblical scripture, I can prove that gay couples do not love each other.
We have to start with the true definition of love that comes from the eternally glorious Word of God. Verse 5 points out that,"love does not seek it's own." This means that sacrifice is a part of love.

I learned from my parents that sacrifice is a part of love. When I was a child, I saw my parents put themselves between me and possible danger.

One time, when a man had given me candy, in front of my parents, my dad had some of it first and waited to see if it would have any ill effect on him before he allowed me to eat any of it. And there were other similar, protective actions on his part throughout my childhood. I learned some things about love by observing his actions, especially when I knew that he didn't know that I was watching him. It's no surprise to me that very few gay men have their fathers in their life since I learned 85% of manlaw by simply observing the day-to-day behavior of my father.

There are times, like this morning and almost every morning, when I wake up before my wife and turn on her coffee machine and warm up our home so that she doesn't have to get out of a warm bed into a cold environment. I go first into a cold, hostile environment and change it to a more comfortable one, putting her comfort before my own, because her comfort is more important to me than my own.

That being said, I can prove, through Biblical scripture and secular example that gay couples are not functioning under God's definition of love.

Since same-sex "marriage" will restrict or eliminate religious freedom wherever it is wrongfully legalized, those who support SSM do not act out of love because love does not harm a neighbor.

When a gay couple puts their pursuit of happiness before the welfare of children in their home, they are not acting out of love because they're depriving their child of a much-needed, opposite sex parent.

I found two stories of today that show the difference between those that function out of love, and those that don't. Story A is about a man and a woman that found out that they were brother and sister after they conceived a child and, despite their feelings for each other, ended their romantic, sexual relationship. They didn't insist that society accept their sexual relationship when they found out that they were siblings.

Story B is about a lesbian couple that is trying to normalize their sexual relationship at the expense of the children in their home.

Which couple is acting out of love?
Posted by Mantronikk at 10:58 AM