"Neuralgay": The neural connections of homosexuality. 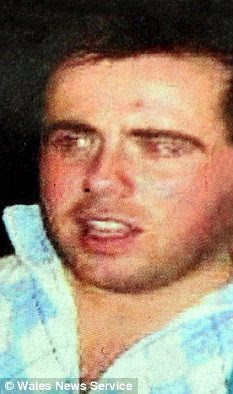 Well, here it is. Yet more evidence to support my observations that homosexuality is all in the mind.

<----This 26 year old rugby player, (you can’t get more masculine that that!) attempted a flip, landed wrong, broke his neck, and had a stroke. When he woke up in the hospital, he “felt different,” and, when he recovered, he became a member of the glbt community. To sum it up...he was fully straight, then he suffered severe brain damage, and now he’s a homosexual.

This is what I’ve been saying all along; there is something wrong with a man who is not sexually attracted to women.

I saw this on a skit on In Living Color (theme song by Heavy D, may he rest in peace) where one of a pair of homosexuals was hit on the head and turned straight and his boyfriend was eventually able to hit him in the jaw and turn him gay again. Now life imitates art/comedy, and I have to update my manifesto.


“...Mr. Birch’s astonishing change saw him break up with his fiancée, ditch his job in a bank to retrain as a hairdresser and lose eight stone in weight.

Mr. Birch recalled: ‘I was gay when I woke up and I still am. It sounds strange but when I came round I immediately felt different.

‘I wasn’t interested in women any more. I was definitely gay. I had never been attracted to a man before – I’d never even had any gay friends.

But he said: ‘Suddenly, I hated everything about my old life. I didn’t get on with my friends, I hated sport and found my job boring. ...”