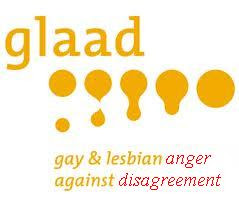 The phrase “rhetorical tactic” captured my attention in the article from which the quotes mentioned below come from. This is what motivated me to become the founder of heteroseparatism. I was smeared and mischaracterized as a “homophobe” and I wasn’t going to let a particular homofascist bully get away with it.

It appears that a woman named Jennifer Roback Morse has had a recent experience with homofascism also.

“...GLAAD’s systematic policy of slapping negative labels on their opponents without actually engaging them in debate reduces the quality of discourse in the public square.

...Out of the hundreds of thousands of words I have spoken or written, GLAAD found a grand total of four quotes as evidence of my supposed “extreme animus towards the entire LGBT community.” One of these is that I say redefining marriage will marginalize fathers from the family, because fathers will be considered inessential. GLAAD acts as if this were self-evident evidence of anti-gay bias.

...These rhetorical tactics do not do the gay lobby any credit. In fact, responsible people of all parties should shun these strategies and make room for honest debate on this momentous question of changing the fundamental structure of our most important social institution. ..."