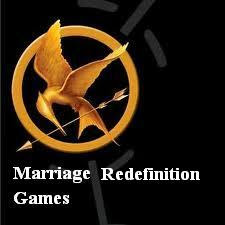 Am I not duplicating the tactic that schoolteachers and college professors used to normalize homosexuality when the word "gay" was absurdly swapped-out with the word "Black"?

“...The people in the Capitol are not just bullies; they are homotalitarians.

The bully comes in all shapes and sizes, from the playground variety that hits you and takes your lunch to the mobster who “allows” your store to operate as long as you send in the “insurance money.” His basic goal is to make people serve him—and more importantly, to do so in a way that everyone knows who the boss is. Typically, though not always, the bully does not much care what you do the rest of the time, as long as, when he approaches, you cringe and give him what he wants.

The homotalitarian is a slightly different animal. He is a bully, for sure, but the homotalitarian impulse goes beyond bullying. It is not enough to crush his opponents, to force them to accept the fact that they are under the yoke, to put up with indignities to their persons perpetrated on them by the bully and his cronies. To be successful, the homotalitarian must make the opponent participate in the indignities. The tribal thug will force his subjects to cut off their friends’ ears in order to protect themselves. The powerful regime will count on citizens to turn in a relative who says something the regime does not care to hear—and then send them a bill for the bullets used to execute him. In the end, there will be a parade, where everyone is forced to line the streets, wave flags, and cheer. Those who refuse to do so are removed, quietly or with great show, as a lesson to the rest: you must not only accept what you abhor. You must do what you abhor, and celebrate what you abhor. Difference cannot abide.

Even the homotalitarian can come in various shades. The “bad” homotalitarian is basically an egoist. Life is the show about him, and getting his subjects to do evil to themselves or to their loved ones is just another way of making them suffer. But there is also the “good” homotalitarian, who does not believe that the things he demands are evil at all, but good, or at worst a distasteful means to a good end. He then forces his subjects to violate their consciences, to do things that they hold to be evil because, he believes, it is good for them. The true believers, of course, can see that what is being demanded is good, and are quite baffled, even angered, that those who object cannot see it as well. Such unenlightened hicks must be forced to do the thing they abhor, like children forced to eat their vegetables.

Now, it is no surprise to find that people in power truly believe that what they are doing is for the best; they hope everyone will see the truth of what they are saying and doing, and want to join in. The thing is, normal people—that is, people who are not bullies, let alone homotalitarians—propose their good news and invite everyone to join in the project: “Since we have the power to do so,” they say, “we are going to put our plan into action, because we believe it is good; we hope you will join us.” Normal people recognize, of course, that they will meet resistance, because some people will disagree with what they propose. Their opponents may even think that what they propose is evil. If the opponents are also normal, they will propose a different plan, and invite people to join their side so as to put a stop to what they oppose. One thing that normal people will not do, however, is force others to violate their consciences in order to stay out of trouble. The normal people, convinced that their path is correct and that the truth will win out, will say: “We understand that you do not wish to join us. We will not permit you to prevent our plan from happening, but we will not force you to participate—certainly not in any direct way, and if there is a reasonable alternative, not even in an indirect way.”

For the homotalitarian, this will not do. It is the sign of the homotalitarian nature of the regime to demand not only that its opponents not interfere, but that they participate and believe. It’s a zero-sum game, and the individual conscience cannot be allowed to stand as a witness, let alone in opposition. The normal person considers it a victory to get what he wants. The bully only considers it a victory if he has further humiliated his opponent. The homotalitarian does not believe he has won until everyone tells him he is right, and imitates him, and sings his praises.

The normal person who wants to use contraceptives is glad he can purchase them and use them without interference. The bully smears the name of those who oppose contraceptive use by impugning their moral integrity or calling their thinking outdated. The homotalitarian insists that even people and institutions opposed in conscience to the use of contraceptives must purchase them.

The normal person who claims to be pro-choice is glad that abortion rights have been obtained. The bully rallies the troops to force charitable organizations to donate money to abortion providers, threatening the charity’s very existence if it does not comply. The homotalitarian insists that every OB/GYN perform abortions, or get out of the profession.

The normal person who approves same-sex marriage is glad that same-sex marriage is available. The bully tries to silence his opponents by calling them bigots, and trying to shut down their businesses. The homotalitarian insists that government officials, and ministers of various faiths who oppose same-sex marriage, must nonetheless open up their facilities to such ceremonies, and even perform these ceremonies, or face the consequences of the law.

The normal person who approves of same-sex marriage, or abortion, or contraceptive use is only too happy that, if he desires, he can provide charitable services to others in the manner he thinks best, and is content to let others provide those same services in the manner they think best. The bully will shut off funding to those who refuse, for moral reasons, to provide the full range of services he would like to see. The homotalitarian will make it illegal to fail to provide this full range of services, even though far fewer people are now served, because many charitable providers have been driven out of business.

The typical homotalitarian fails to make, or even disdains, certain distinctions concerning conscience. One such distinction is that between what I must (or must never) do, and what I may do but am not required to do. Let us say, for example, that a law is put in place saying that no one may eat peanut butter and jelly sandwiches. I like PBJs, and prefer to eat them occasionally, though I am not morally bound to eat them. We would probably say that this law is unreasonable, unfair, and a serious economic blow to the makers of peanut butter and jelly and all their related industries. However, it would make little sense to say that it violates my conscience. If, on the other hand, my beliefs prohibit me from ever eating PBJs, then a law that demanded that I eat them would be a gross violation of my conscience.

The “bad” homotalitarian is often acutely aware of the difference between these situations. In fact, he often knows that what he is doing is wrong, and is counting on getting others to do it as well, so as to cover for his own evil. The “good” homotalitarian, however, is unable or unwilling to make a distinction between these situations. All he sees is that I don’t want to do what he wants me to do. It makes no difference to him whether I don’t want to eat the sandwiches, or I don’t want to stop eating them. It makes no difference whether I believe myself morally bound to eat them, or morally bound to avoid them. All these forms of my not wanting to do it are all the same. If I do what I do not want to do in the one situation (I stop eating sandwiches which I am morally permitted to consume, but not morally bound to consume), then I can jolly well do what I do not want to do in the other (I am morally bound to refrain from the sandwiches, though the law now tells me to eat them, or face a penalty).

The homotalitarian apparently figures that, if it was reasonable for the law to stop him from doing what his conscience permitted—say, buying contraceptives—because his position was not reflected in the law, then it is equally reasonable for the law to make you do what your conscience does not permit—say, buying contraceptives—because he is in power. Since his position is so clearly good, he reasons, it must be accepted by all.

Nor will such tactics end with one or two violations. Operatio sequitur esse: a thing can only act according to what it is. The homotalitarians of this age of the world are not petty thugs. They are intellectuals with a vision, and they will see their vision enacted, no matter who they have to run over, because they are certain it is good for you. So shut up and eat your Brussels sprouts. ..."