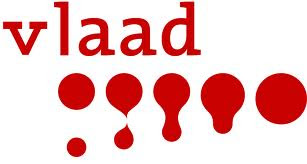 Another, once-noble-but-now-homofascist "gay" organization, is spotlighted today. To no one's surprise, they attacked Kirk Cameron for standing up for God's definition of marriage.

“...“Marriage is almost as old as dirt, and it was defined in the garden between Adam and Eve. One man, one woman for life till death do you part. So I would never attempt to try to redefine marriage. And I don’t think anyone else should either,” Cameron said.

The remarks engendered a swift counterattack by the Gay & Lesbian Alliance Against Defamation...

...but for GLAAD, anyone not of the fervent conviction that homosexuality is as natural as the rain falling is trapped in a medieval mindset and hopelessly out of step with progressive thought.

The yardstick of political correctness has subtly but undeniably been stretched from tolerance to acceptance to promotion – and now it is insistence, insistence that religious opinion and “people of faith” accept the homosexual lifestyle without question, ...

This insistence is profoundly totalitarian in scope and intent while being completely at odds with basic democratic freedoms...

No one can demand that people think in a certain way or that the only acceptable “people of faith” are the ones who won’t disagree or “condemn” your lifestyle choices. ...

...the spiritual environment described by St. Paul in I Timothy 3:1 when “some shall depart from the faith, giving heed to seducing spirits…”

Complete article here.
Posted by Mantronikk at 8:49 AM