Obama vs. The Word of God. 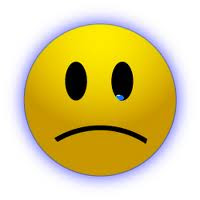 I never wanted to get too involved in politics with this blog. I mean, there are enough blogs that cover politics. But just a few days ago, President Obama waded into my territory...and made me a little sad. As much as I liked Obama, and admired his intellect and poise, he has lost my vote.

I was all powered up to vote for his reelection too, but now, I’ll probably be sitting this election out because I cannot vote for someone whose words contradict what the Word of God says about the definition of marriage. "...Therefore what God has joined together, let no one separate.”..."

Then today, as I was trying to put my dissapointment into words, I found an article that put much of my observations and feelings into words.

“...What is the object of marriage? It is for two to become one flesh. Anatomically and morally, only a man and a woman can do this. Only spousal love is properly sexual for only it provides for the protection of that at which the marital act aims both in its unitive and procreative senses.

But what about “love”? Isn’t it a bit mean-spirited not to allow people who love each other to get married, even if they are of the same gender? Love always seeks the well-being of the loved one. This is true in all sorts of love, whether between parents and children, between children themselves, or between friends. Sexualizing the love in these relationships would be profoundly mistaken since none of these loving relationships is or could be spousal in character.

Therefore, sex between parents and children, between siblings, or between unmarried friends, or between friends of the same gender is objectively disordered and will inflict harm on the parties involved no matter how they “feel.” This is the opposite of seeking the loved one’s well-being.

...Ten personal pronouns or the word “my” in one sentence. That is an impressive feat of solipsism that undergirds the moral relativism that authorizes what “is important for me” as the standard by which to judge what is right and wrong. Abraham Lincoln said that there is no right to do what is wrong. Obama and Biden are complicit in making a wrong a “right.” ...”

Original article here, and more info here, and here.
Posted by Mantronikk at 11:25 AM