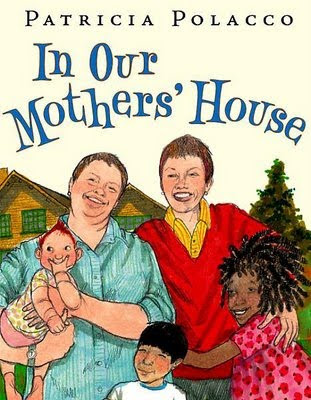 Let me see if I can get this straight; the ACLU is fighting to bypass parental consent?!? Doesn’t the “CL” in ACLU stand for “civil liberties”? Is it not a civil liberty to protect one’s children? Doesn’t the ACLU recognize the concept of parental consent when it comes to a parent’s moral objection to their child being exposed to sexual subject matters? Does ACLU stand for Anti Christian Liberties Union?

“…When a kindergarten boy brought home a children’s book touting the joys of being in a lesbian family, his parents complained to Windridge Elementary School, sparking a petition signed by 25 parents in protest.
The book, “In Our Mother’s House,” is marketed on Amazon as a book for children “ages 6 and up.”

…It touches on the alleged joys of being in a homosexual relationship and what the author believes is society’s condemnation of it.

…Now the American Civil Liberties Union is getting involved – threatening the district for requiring parental consent. (<---say what!!)

…In the book, a resident in a Berkley, Calif., neighborhood is depicted as a constantly scowling woman who wears a pink bow in her hair. She disapproves of the neighboring family’s lesbian relationship and won’t let her children play with them.
She tells the lesbian couple, “I don’t appreciate what you two are!”
The lesbians, Meema and Marmee, comfort their children.
“She’s full of fear, sweetie,” Meema tells them. “She’s afraid of what she can’t understand: She doesn’t understand us.”

…Polacco noted, “What I did take exception to was this mother – who had the right to have this book kept from her child – decided to take it upon herself within that school, and then the entire district, to see that YOUR child couldn’t read the book, either. That’s where I think our First Amendment rights are getting trounced.”
However, as previously noted, the book has not been removed from the school libraries. Children are simply required to obtain parental consent before checking it out.

…“Parents have the ‘fundamental right’ to ‘direct the upbringing and education of children under their control.’ The district is right to leave such decisions to them,”… “Public schools should not surrender to ACLU intimidation when it asks them to expose children to sexual content without parental knowledge. …”