The difference between "black" and "gay." 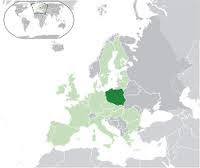 Consider the words “Polish” and “polish.” The former defines a nationality, while the latter defines the action of shining shoes. Yet, the only difference in the two words is the capitalization of it's first letter. What a world of difference based upon whether or not the first letter is capitalized!

When I use the phrase “black people,” or “gay people,” the words “black” and “gay” are describing two different social groups. But when I say “black person,” or “gay person,” the word “gay” totally changes in its meaning and is now revealing an aspect of the person’s character, whereas the meaning of the word “black” does not change; the word "black" does not reveal an aspect of a person's character.

This subtle difference is always overlooked when the words “black” and “gay” are used a in debate concerning civil rights, yet this difference is well known to black people. It seems that many are ignorant of this subtle, yet significant, difference.