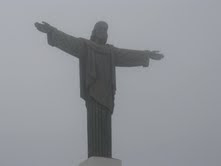 And meanwhile, what is the reality of this community on which so much time, effort and resources have been spent to ensure it gets a “fair shake”? In spite of all these gains, with even the president of the country taking up the cause, the gay community is still in shambles. The rate of STDs, including AIDS, is much higher than it is in the non-gay community. So is drug addiction, alcoholism, domestic violence, suicide, the list goes on.

And these statistics come from some of the most gay- friendly places in the nation, places that I previously mentioned, where homosexuals are a majority by far in their neighborhoods, businesses, and local governments.

But what has improved for gays and their lifestyle by doing this? How has our society as a whole been improved through this course of action?

It is my position, backed by the case and facts that I have presented here, that nothing has improved. No, actually conditions for gays and our society in general have gotten worse, much worse, by following this course of action. If it is true as popularly inferred, that the destructive behavior exhibited by gays has been due to them being victimized through bigotry, then their destructive pathologies would have at least diminished in the communities were they have been the majority for quite some time. If it was bigotry and intolerance that drove John to act in a criminal, traitorous manner with me, his manner should have changed at least somewhat after winning my friendship and forgiveness on several occasions. But sadly, this had not been so in either case, not in the least.

But all of this depends on an assumption, an assumption that we have been consistently told time and time again until it has become a “gospel truth” that….. “gay is good”. This truth says there is nothing wrong with being gay, it is the same as being straight, just a different preference, that's all.

Let's change that assumption for a moment and see what happens. The reader may believe that I have failed to make the case that the coerced acceptance of homosexuality of the public at large is a destructive and dangerous agenda. I can accept that. But at the very least, I would like to be given the benefit of the doubt that I have at least made a case raising some doubt regarding the statement “gay is good”. And if I have, then it can be assumed that there is another agenda here, which means that there has been deception. And if there has been deception, only investigation can reveal what is really going on.

When police investigate a crime, a common strategy to solve that crime is to fit different “assumptions” in the form of scenarios into a set of facts that are found at a crime scene. When an assumed scenario fits the facts of the crime scene, the case is then solved. This process is necessary of course because there is always deception by the perpetrator of an unsolved crime as an attempt to conceal his or her guilt. If there wasn't deception, the crime would be solved immediately.

So in conclusion, I will bring it back to where I started. Let's apply this investigative formula to this issue, with society as a whole being the crime scene. Let's assume as fact that my belief is true that homosexuality is a very strong compulsive behavior as well as an addiction. As I stated in the beginning of this essay, it is often common for the severe addict to be unable to change his behavior without a strong intervention by others in a healthy state of mind. Meanwhile, without this intervention, the addict lives a life of destruction to himself and those around him. He practices deception to escape the consequences of his behavior. And, even worse, if he is empowered in his addiction, that is, if he can manipulate those around him to enable him in his addicted lifestyle or surround himself with only other addicts, the destruction in his life and in the lives of others increases massively. There is no longer anything to keep his deviant tendencies in check, and now his addiction will consume him and all that is in his life. When this is case, certain chaos ending with death is inevitable.

I have shown here that the gay lifestyle is filled with much destruction. Deception through propaganda is then used to escape the consequences of the destructive choices that this lifestyle brings. Society, through a strong political gay movement, silences any criticism of homosexuality and encourages the behavior as normal, thus enabling the destruction to continue.

Are the parallels of homosexual behavior and that of the severe addict not identical?

The enabling has become so pervasive that I believe we have arrived at a very critical stage where it is possible that we may not be able to undo the damage that has been done. The term “homofascist” is used frequently on this site and in other realms that are still attempting to make their gay-critical voices heard. This term is a perfect adjective to describe the type of individual that “gay-enabling” has created; a massively egoistic individual that is completely intolerant of opposing viewpoints who has no qualms about using aggression or violence to silence his opponents.

This is what my essay has been about. This is what John had become. This is what those men in Ft. Lauderdale that prowl around at all hours looking for their next sexual conquest, with no regard how their actions affect innocent children at a public park, have become. This is the same mentality outlined in the program by Hunter and Madsen in “After the Ball.” This is the intolerance that was displayed to me by my co-workers when I was asked if I were a “homophobe” when I didn't display complete acceptance of their homosexual lifestyle. If I didn't agree completely with their behavior, there “would be consequences”.......

And this is really what it is all about dear readers. Power, nothing more. Not tolerance, not equality, not diversity......those were all achieved long ago.

Ask yourself this; If gays have been designated a protected class under the law and have made countless gains in the realm of social acceptance and legal benefit as I have outlined here, why does the gay propaganda continue unabated? What more is there to be achieved?

In the supposed fight against discrimination, the answer is……there is nothing more to be achieved. In the quest for complete domination of the society at large, the answer is much, much more.

Judging by the relentless push still for “gay rights” and the accompanying cacophony of critical voices in the media each time another “non-gay-friendly” incident surfaces, one could safely assume that this agenda will not subside until there is absolutely nothing but complete praise and acceptance of each and every homosexual alive. So, has there ever been anyone in the history of civilization that has been able to demand such an elevated status? What common man or woman throughout all known time has been able to live with the expectation that no one would dare even criticize them? What common man or woman has even thought that they could demand such behavior from others?

There has only been one type, ladies and gentlemen, of common man and woman who have behaved as such......totalitarians and tyrants. This is mind set of the “gay movement” of today......make no mistake about it. We are quickly approaching the day where not only opposing viewpoints to “gay is good” will not be tolerated, but complete acceptance and celebration of homosexuality will be demanded.

But, what is even more dangerous, is that these are totalitarians afflicted by a strong, destructive addiction that they see no reason to change, due to societal enablement. Intervention attempted on all unrepentant addicts is always met with aggression. And just what form will that aggression take once all political power has been secured? How much compassion and understanding will be shown by severely addicted fascists in complete power to those who just want a return to normalcy? If history is to be any indication, the answer is…very little.

Before closing, I would like to go back once again to something that I touched on several times throughout my personal account, and that was my own weak spiritual state-of-being and how it made me vulnerable to believe in the destructive idea that “gay is normal.” At one point I wrote that this was central to understanding my story. The reason I believe this was important to include is that I see the state that I was in as being a very typical mindset of most people in today's society. Broken homes, divorce, addiction, materialism, and overt sexuality are rampant trends, just to name a few of the common afflictions that the current population suffers from. A society dominated by such pathologies does not create strong independent characters that can always be aware of when they are being manipulated. Millions of individuals are in a state just like I was; longing for something of meaning in their lives. A fight for eternal brotherhood while overcoming differences in the name of “gay rights” can appear to be rather fulfilling to people in such a bleak spiritual void. Furthermore, as the unhealthy gay community is further normalized, the more the non-gay community will become desensitized to their deviancies and absorb them, only exacerbating the trajectory towards complete social chaos.

If we ever arrive to where the community at large suffers from the same pathologies at the same rates by the percentage of the population that the gay community does as a whole, modern society as we know it will most definitely collapse. The only reason that the gay community hasn't collapsed itself is because it is supported and sheltered by the non-gay, societal exoskeleton that props it up. Once that collapses, its over. If you don't believe this, take a look at societies where pathologies and corruption have been allowed to run unchecked. The favelas of Brazil come to mind. In that society, millions of people live subsistence existences in shanty towns. This is our very near future if we stay the current course.

The book of Romans of the Bible speaks of those in the world who are controlled by earthly ways and refuse to recognize the power of God. Because of this, it says, they are given over to filthy ways; “Men do shameful things with each other....”, it reads. It then continues, “They are filled with all kinds of wickedness, evil, greed and vice; they are full of jealousy, murder, fighting, deceit, and malice. They gossip, and speak evil of one another; they are hateful to God, insolent, proud and boastful; they think of more ways to do evil; they have no conscience; they do not keep their promises, and they show no kindness or pity for others.”

Once I finally read this passage after my involved experiences with the gay community I knew deep in my soul that we are dealing with something much, much deeper here than a mere superficial sexual orientation.

This is the real reason for all the propaganda. It keeps the whole issue “only about a sexual preference”....... “What's the big deal?” And who could argue when it is framed as such?

And this is why the work that Mantronikk does here it is so important.

As long as this mentality continues, as long as the homosexual movement is about power and control as it has been up until now, we must follow the lead of Mantronikk and become heteroseparatists.

There can be no compromise.......the alternative is not a viable option.
Posted by Mantronikk at 10:35 AM

Email ThisBlogThis!Share to TwitterShare to FacebookShare to Pinterest
Labels: Aservant, Aservant 1:5 of 5