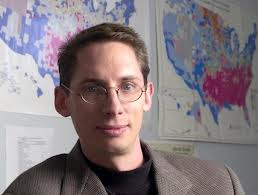 "...How many children were raised by two women staying together from the child’s first birthday to his or her eighteenth? Just two. And how many such cases were there in the FGR category—of children raised by two men together for their whole childhood? Zero. This, out of an initial population of 15,000.

…family instability is the characteristic experience of those whose parents have same-sex relationships.

…conspicuously missing from the lives of children whose parents have same-sex relationships.

…plenty of failed heterosexual unions in the data,”…

…Regnerus’s findings do not obscure the realities of family and sexuality in our society; they illuminate them.

…two ‘gold standards’ of family stability and context for children’s flourishing—a heterosexual stably-coupled household and the same among gay/lesbian households—but no population-based sample analysis is yet able to consistently confirm wide evidence of the latter.”

…the biologically-intact two-parent household remains an optimal setting for the long-term flourishing of children.” There is no other type of household of which that can be confidently said.

…long-term stable lesbian and gay couples raising children are extremely rare, or at least that finding them is so difficult that statistical analyses are problematic.

…“lesbian parents . . . have substantially higher rates of relationship instability than do heterosexual parents,” and that “given the apparent fluidity of sexual orientation in general, but especially for women, it may even be rare for parents to maintain a same-sex orientation for 18 years, much less remaining with the same partner for that time.”

…stressful for children and increase the risk of poor child outcomes.” Is it any wonder, then, that the New Family Structures Study yielded the results it did?

…eminently defensible scientific research, making decisions about research design and analysis “within the ball park of what other credible and distinguished researchers have been doing within the past decade.”

…With the latest issue of Social Science Research, Regnerus can consider himself fully vindicated as a scholar.

…Regnerus’s contribution has complicated a set of breezy assumptions too widely held: that children raised in these new family structures suffer no disadvantages whatsoever, and that stable, long-term same-sex-parent families can even be found in significant numbers. ..."