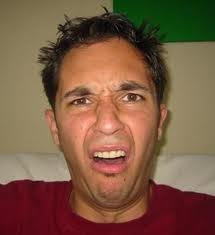 (updated 21 Oct. 2011)
Once again, a prime example of homofascism hits my radar. Yet another example of the, you-WILL-accept-homosexuality-as-normal, mindset of those in charge of public schools. The violation of the civil rights of parents that don't support the sexual activities of the glbt community is becoming commonplace and even celebrated by school officials!

This story takes place in Connecticut where the State's Supreme Court imposed same-sex "marriage" on its people. This is how gay "marriage" affects others.

“...two male members of a city-funded school play shared a passionate kiss onstage on Friday. School officials said they opted against informing parents about the event ahead of time, saying that the students needed exposure to homosexuality...”

“...The Hartford Courant reported that “screams and loud voices” and sounds of disgust came from the audience during the display of affection, while “dozens” of mostly male students left the auditorium. While some trickled back in, officials had to prevent many from leaving the school building...”

“...The Family Institute of Connecticut (FIC) condemned the scandal, and called for a protest of the school’s decision, calling it “an outrageous attack on parental rights.”...”

More details here and here.
Posted by Mantronikk at 1:00 PM