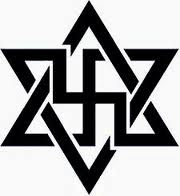 There are some who incorrectly believe that a person can be actively involved in a same-sex, romantic, sexual relationship and also be a Christian. This belief is not true. A person must renounce sexual sin to have a relationship with God through the Lord Jesus Christ.
To say/believe that a person can be Christian and actively involved in a romantic or sexual relationship with another person of the same gender is just like saying a person can be a Jewish Nazi or a Christian pornstar.
“...Five Christian student groups at Vanderbilt University are fighting to stay on campus and retain their religious freedom as administrators try to decide whether they are in violation of the school's nondiscrimination policy.

The groups all have clauses in their constitutions that require leaders to share their religious beliefs...

...asked one of its officers to step down after he announced he was in a homosexual relationship. The school eventually put InterVarsity on probation, dropping plans for a suspension, after leaders convinced administrators they removed the gay officer because he violated the group's pledge of celibacy.

Another Christian group on the University of North Carolina's Chapel Hill campus also is facing an investigation over ousting a gay member. A cappella group Psalm 100 expelled one of its singers after he announced he was gay. As with the InterVarsity case, Psalm 100 says it was not the singer's sexuality that caused the problem. His disagreement with the group's constitution led to his removal, members said. ...”
Story here.
Posted by Mantronikk at 7:26 PM