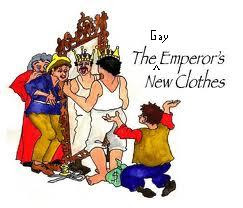 About a week ago, I found an article that covers almost all of the talking points of my manifesto.

“...This is especially the case with homosexual activists, who ironically seek to hijack the moral capital of the civil rights movement.

Essential to the homosexual agenda is the idea that homosexuals are fighting for basic civil rights denied them by an oppressive society.

The notion that homosexuals are a true minority group is false. Homosexuals do not meet the three criteria that characterize minority groups that have been accorded special legal protections.

The effort to redefine the family is really an effort to destroy the common definition and has no logical stopping point. If marriage no longer means the union of a man and a woman, then why not "marry" three men, or two men and a woman? Putting homosexual behavior on a par with marriage and family sends the wrong message to a nation already overburdened with family breakdown and its attendant pathologies.

Granting special legal protection to homosexuals would also take away rights from others.
• Parents could lose the right to protect their children from school-endorsed exposure to homosexuality and other various "sexual orientations."
• Good people of conscience are losing the right to disagree. For example, two Madison, Wisconsin women were forced to pay fines, attend a political re-education class, write a letter of apology and informed that they were to be monitored by a public agency for two years because they declined to room with a lesbian.

Opposition to extending special protection to homosexuals is not based on ignorance or bigotry, as homosexuals often claim. It is based on informed judgment about homosexual behavior and the political agenda of homosexual activists. ...”

The powerful article containing these true words is here.
Posted by Mantronikk at 6:46 PM