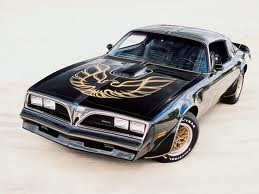 
“...It would be wrong to think that gender dysphoria cannot be kindled by celebrating those who have undergone sexual reassignment surgery. Human beings do model one another—in terms of emotion, thought and behavior. By broadcasting, applauding and mainstreaming the journey of a very disordered person who endured, and likely will continue to endure, real suffering based on extraordinarily deep psychological problems, we suggest that that journey is a smart—even heroic—one to take.

But Chaz Bono should not be applauded for asserting she is a man (and goes about trying to look like one) any more than a woman who believes she will be happier without arms, has them removed and then continues to assert that she was right all along—her self-concept was that of a double amputee. Now, all is well.

I’m going to take heat for saying all this, by the way. I already have for making similar statements in the past. So be it. I would rather be the one shouting “The Emperor has no clothes!” than one of the happy-go-lucky villagers applauding the tragic parade....”

Posted by Mantronikk at 6:06 PM