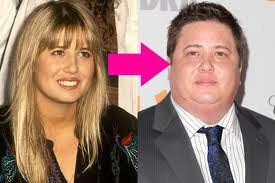 Today I found out the root cause of Chastity's desire to become Chaz. Lo and behold, it was lesbian rape that sparked Chastity's loss of sexual sanity.

“...NEW YORK, May 28, 2002 (LSN.ca) - Chastity Bono, the daughter of the famed singer Cher, claims in her newly released memoir that she was sexually seduced by an adult female at age 11. Chastity says she was left in the care of "Joan" a lesbian friend of Cher's and had "sex" with her. Chastity writes that when, years later, she told her mother of the affair, Cher responded, "This will be a good life experience for you."

..."Chastity's experiences completely underline and reinforce our perspective that homosexuality has its roots in child development." Paulk, the author of two books on homosexuality, said "homosexuality is an environmentally based condition, not genetic, but developed through life experiences often rooted in childhood." He explained that Chastity says she was seduced by an older woman while her mother was absent and her abuser "Joan" met her emotional needs. ...”